Ajaccio suffered relegation to League 2 during the 2013/14 season when they finish rock bottom of France’s top flight. Wednesday’s hosts three season in Ligue 2 have been inconsistent to say the least, with the club almost suffering back to back relegation in their first campaign back in the second tier, then finishing in mid table the season after, to claiming third place and a chance at returning to Ligue 1 this time around. Toulouse have twice finished one place above the drop zone over the last few seasons, but despite finishing in mid table last time out the three times Ligue 2 winners have finally ended up in the relegation places. The fate of both clubs will be decided over two legs and the Ligue 1 side Toulouse have the advantage of playing away from home first, with the reverse fixture scheduled for Sunday.

The most recent competitive match between these two clubs took place back in 2014, when both sides plied their trade in the top flight of French football. Ajaccio let a two goal lead slip at home that day and in the end had to settle for a share of the spoils. Faty put the hosts 1-0 up after just four minutes and teammate Mostefa doubled their advantage eleven minutes before the half time break. Toulouse scored a crucial goal through Issiaga Sylla before half time to make it 2-1, a goal that certainly gave the visitors the impetus during the second forty-five. Former PSG midfielder Chantôme then levelled the scores on the hour mark after good work from the highly rated Ben Yedder. The visitors completed their comeback and thoroughly deserved a share of the points, and could and should have won the game on the balance of play.

With two wins, two draws, and two defeats from their last six matches its the Ligue 2 hosts Ajaccio who claim the title of form favourites ahead of Wednesdays 1st leg. Their isn’t much between the two clubs according to the form guide, with Toulouse losing three of their last six, drawing once, and winning twice. Even though we expect this game to be very close, we believe both teams will get on the scoreboard as each due to their most recent results. The last three games Ajaccio have played in have seen both teams get on the scoreboard, while the same can be said the last four game Toulouse have been involved in. Likewise the last four competitive matches in which Ajaccio and Toulouse have clashed horns in have also witnessed both teams get on the scoreboard.

Gimbert leads the way with fourteen Ligue 2 goals for Ajaccio this season, but teammate Nouri is just one goal shy of that tally and will also provide a major threat to the visitors defence on Wednesday. Former Leeds United winger Max Gradel top scored for Toulouse in Ligue 1 this campaign, netting eight goals in twenty-seven starts. Former Arsenal striker Sanogo has scored six in the league for Toulouse and will provide the focal point of the visitors attack.

We’re confident that both teams are going to score in the game as each have looked equally as good going forward in recent weeks as they have been poor at the back, with a clean sheet for either side on Wednesday looking highly doubtful. As for a final score in the 1st leg, we’re backing Ajaccio to take a narrow lead into Sunday’s decider with the game ending 2-1 to the hosts.

Wednesday’s 1st leg marks the fifteenth encounter between these two clubs, and with 7 wins, 2 draws, and 5 defeats its Ligue 1 side Toulouse who edge the head to head record. The last two meetings between the pair both ended in score draws. 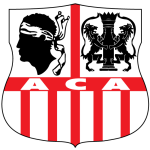 Sainati and Coutadeur both miss the game through suspension after being sent-off in extra time of Ajaccio’s last game against Le Havre, while Cabit is doubtful due to injury. 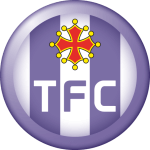 Cahuzac and Delort could miss the 1st leg in Ajaccio through injury.