Alcorcon haven’t exactly set the league alight this season, but they may just have played themselves to safety. In terms of recent form, Saturday’s hosts have found wins hard to come by, though they’ve not be losing all that often. In fact, Julio Velázquez’s men come into this final fixture having avoided defeat in six of their last seven matches. A draw here would keep them in the division, so the hosts should be feeling reasonably confident.

Unlike the home side, who’ve basically drawn their way to mid-table obscurity over the last month or so, Reus come into this fixture out of form. The visitors were unbeaten in five, three of which saw them come out on top, though they’ve lost each of their last two and are in danger of going out on a low rather than a high. This match provides Aritz López Garai’s men with a final chance to go off on their holiday’s in good spirits.

The hosts do come here with more to play for, though they’ve hardly been in inspiring form at home of late, so the prices might just be slightly of line at present. Alcorcon are tough to beat, as the fact that they’ve lost just four matches on home soil this season suggests, but they’re finding wins hard to come by, winning just three of their last ten home fixtures. Keeping this in mind, it’s very easy to feel that the hosts are overprices, despite being the more motivated team.

Given the fact that Alcorcon do look very much overpriced, it would be easy to side with the visitors. Having said that, backing a team who have nothing to fight for doesn’t appeal too much. The bet that does stand out is ‘Under 1.5 Goals’. With the fixtures having nothing to fight for, coupled with the low-scoring nature of Alcorcon on their own patch, this could quite easily turn out to be something of a dull, low-scoring affair.

Scoring goals has very much been a problem for the hosts on their own patch. They did score four in their last home match, though that was something of an anomaly. Prior to that out-of-character result, Saturday’s hosts have really struggled to notch. They’ve failed to score in five of their last nine overall, while they’ve not found the net in four of their last six at home. What’s more, Velázquez’s men have failed to score more than once in nine of their last ten at Estadio Municipal de Santo Domingo.

For all they do struggle offensively, Alcorcon are good at keeping things tight on home. The hosts arrive at this last juncture having kept a clean sheet in six of their last ten at home, while they’ve shutout their opponents in 55% of their overall home matches during the current campaign. Los Alfareros are more than likely to retain their non-cavalier-like approach on Saturday and, given their record, there’s every chance that they’ll stop the visitors from firing.

On top of the hosts’ general low-key antics on home soil, Reus haven’t exactly gone made in terms of goals away from home this season. The travelling side have scored more than once in just two of their last ten on the road, while they’ve failed to score in five of those. six of those ten have seen less than two match goals go in.

Alcorcon have a reasonably pleasing record in this fixture. Saturday’s hosts have never lost against Reus, while they’ve won one of the three previous fixtures. Earlier in the season, the pair drew 1-1. 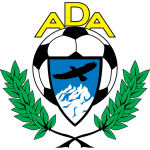 Borja Dominguez is likely to be Alcorcon’s only absentee on Saturday evening. The hosts should otherwise be at full strength.

The visitors will be without David Querol, who remains sidelined through injury, while Jesus Olmo is suspended.