Wednesday’s international friendly action sees Argentina playing host to Haiti. The Argentinas will be looking for a big win in front of a sold out Bombonera crowd in what is their last home match prior to the World Cup.

Looking for a big send-off and to boost confidence, Argentina sought to book a home friendly with a low ranked opponent and that’s exactly what they’ve got in the form of Haiti. Having scraped through qualification in the final round of matches via some Lionel Messi magic in Ecuador, there’s little faith in the side in Argentina but those that take to the pitch will be looking raise spirits by recording a sizeable victory in this clash.

Boss Jorge Sampaoli has a plethora of options in attack and with starting positions far from secure, Messi aside, this friendly is a chance for those featured to stake their claim for a starting spot in Russia. With Sergio Aguero regaining fitness, it’s Gonzalo Higuain expected to start in attack, meaning it’s a big night for the Juventus forward, having been included in the 23 man squad over Inter hitman Mauro Icardi.

Meanwhile, ranked 108th, below the likes of Nambia, Vietnam and Mauritania, it’s clear Haiti arrive with no real hope of causing an upset. Indeed, interviews given by players to Argentine TV have more centred around the experience of playing in the Bombonera and Buenos Aires nightlife rather than the match itself. All things considered, it’s fairly clear to see the visitors are merely here to make up the numbers and provide a standing target for the Argentines.

Though they picked up a draw away to Japan last October and a win over the UAE in November, travelling to Argentina represents an entirely different kettle of fish. Haiti went out in the third round of CONCACAF qualification for the World Cup, taking just 4 points from 6 matches. Taking into account they were also humiliated in the 2016 Copa America, losing by a combined score of 12-1 to Peru, Brazil and Ecuador in the group stage, it’s apparent that the visitors look set for a long night in the Argentine capital.

Anything but a big win would be an utter embarrassment for Argentina and already under pressure from media and fans alike, they’ll be desperate to claim it. The exact reason this match has been organised is to try and build confidence in the team’s attacking unit and with places up for grabs, we expect to see a highly motivated performance from the hosts.

Man for man, this is a complete mismatch and we’re more than happy to back Argentina on the -3 handicap, which looks to provide good value. Whilst most international friendlies are typically dull and slow paced, the capacity crowd will simply not allow their men to slack off and if Argentina play in as relentless a mode as predicted, the visitors will be on the end of a hammering, with our prediction a 6-0 Albiceleste victory. 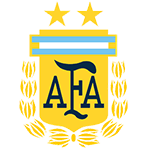 Defender Gabriel Mercado is continuing to recover from injury and will play no part. Lucas Biglia and Sergio Aguero are unlikely to start after recent injuries. 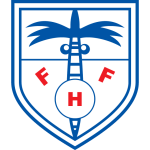 National team regulars Jems Geffrard, Andrew Jean Baptiste and Sébastien Thurière have not joined up with the squad due to club duties.