As was expected, Wednesday’s hosts failed to make the cut for Russia by a considerable margin, though they come into this fixture in decent form. Igor Kriushenko’s men have won each of their last two matches, beating Slovenia by two goals to nil last time out, while they’re now unbeaten in three. Such form bodes well ahead of a match against a Hungary team who’ve floundered somewhat in recent times.

Unlike the home side, who’ll probably be feeling quite upbeat at present, Hungary’s form has stagnated of late. When last in action, the Magyars who were once dubbed ‘The Magical Magyars’ because of their wonderous team, suffered a rather dismal 1-0 loss against a Scottish team who’re also in disarray. Prior to that, Georges Leekens’ men were beaten by a lowly Kazakhstan side. Losing to a team of that nature is bad enough but conceding three goals in the process is frankly embarrassing.

Despite being a team who’re not thought of very highly, Belarus come into this fixture in good goal-scoring form. The hosts have notched at least once in each of their six matches, impressively scoring against the likes of France and Holland, while they’ve failed to score in just one of their last five. However, while scoring goals has been a relatively straightforward task, preventing goals from going in their own net is something that Belarus have struggled with.

Having conceded in five of their last eight matches, even conceding against the likes of Luxembourg during that time, the hosts have found it tough to keep teams out. Playing at home hasn’t exactly helped either, as Belarus have failed to keep a clean sheet in four of their last five on home soil. Scoring against a Hungary team who’ve conceded against worse opposition in recent times may be easy enough for the hosts on their own patch, though keeping things tight could prove to be a step too far, as is often the case.

Defensively, Hungary have also struggled of late. They failed to keep Scotland out when last in action, while they shipped no less than three against Kazakhstan prior to that. What’s more, the visitors have conceded a worrying total of 11 goals in their four away matches since the start of 2017. During that spell, the Magyars, who at present are not so magic, even conceded against Andorra.

Even though they’ve defended poorly of late, the visitors must see this as an opportunity to get back on track offensively. Belarus are often easy to breach so the away side should be backing themselves to score on Wednesday evening.

All in all, considering the recent performances of both, especially from a defensive point of view, it’s relatively easy to arrive at the conclusion that ‘Both Teams to Score’ is a good bet at the current prices.

Having faced each other just twice before, Belarus are unbeaten against Hungary. When the pair first met, back in 2002, Wednesday’s hosts won by five goals to two, while they drew 1-1 back in 2013. 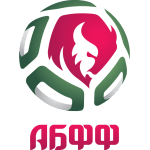 The hosts, who’ve not played since March, are expected to be at full strength for this match. 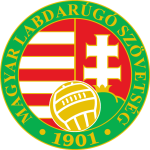 This will be Hungary’s first game since March, so they’re expected to field a strong side. The likes of Ádám Szalai, Tamás Kádár and main man Balázs Dzsudzsák are all expected to feature prominently as usual.