AIK generally tend to have the better of things when these sides meet but they do take on a Hacken side that has made an excellent start to the season in front of their own fans. The Gothenburg side are riding reasonably high in 6th place, predominantly on the back of their home record but this will be a sterner test of their true metal.

10 of their 14 points have come at home but overall it has been a slightly unconvincing start with some poor defeats on the road. They finished 4th last season without ever really looking like they could mix it with the real top sides such as AIK.

That trend has largely continued this year. They’ve already racked up three convincing wins against bottom four sides, winning two games 3-0 and one 5-0. However aside from those matches against struggling opponents, they’ve only won 1 of their 6 league matches and were beaten 2-0 by Malmo last time out. The bookies do make the hosts the favourites to win this match but there looks to be more value in the visitors, who have been very solid and look capable of getting at the very least a point.

AIK are yet to walk away from an Allsvenskan fixture this term without anything. Hammarby were the only other unbeaten side but AIK impressively ended that run by winning 1-0 away to the league leaders last time out. That result was a key one as defeat in that match would have left them nine points off the pace and it also may prove to really put a stop to the momentum Hammarby had built up.

As a result, AIK certainly have to be looked at as serious title contenders as they build on a 2nd place finish from last year. They’ve not lost in the Swedish top flight since a defeat way back in August last year against Gothenburg. It’s 22 games unbeaten since then for the Stockholm club and they will take great confidence from that.

Defensively they are much better than Hacken and have conceded just 0.5 goals per game this term and they will also have fond memories of life on this ground having won 6-1 here last term. All things considered, backing AIK Draw No Bet looks a pretty safe option.

It’s highly likely to be a much tighter game than the 6-1 though. 90% of AIK games this term have produced under 2.5 goals with 5 of their 6 wins coming via 1-0 or 2-0 scorelines. Therefore going for AIK & Under 2.5 Goals could also be a decent shout.

AIK have won 4 of the last 6 meetings. They are unbeaten in 11 league games against Hacken but did lose when the sides clashed in the cup last year.

Hacken striker Moestafa El Kabir is suspended following his red card against Malmo. Otherwise they should be at full strength. 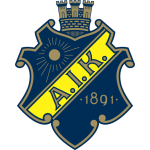 Centre-back Jesper Nyholm is out having broken his tibia and fibula. There are few other concerns.