Friday’s crunch Copa Libertadores action sees Bolivar playing host to Ecuadorians Delfin. Both teams arrive desperate for the points as they look to salvage a place in the last 16.

For Bolivar the mission is clear; win the match and hope Colo Colo fall to defeat in Colombia against Atletico Nacional. The Bolivians were in a fairly healthy positon in the group after taking 5 points from the opening 3 matches but defeats to Nacional and Colo Colo have left themselves on the brink of elimination.

Nonetheless, all hope is not lost for La Academia, as they take to the field as huge favourites to take the points, thanks to their 3,640 metre high altitude advantage. La Paz is one of the hardest places to travel to on the continent and with 7 wins from their last 11 games in front of the home crowd, as well as a 15 match unbeaten streak at the Estadio Hernando Siles in Libertadores action, Vinícius Eutrópio’s troops will be confident in doing their side of the bargain.

Considering this is Delfin’s first ever continental participation, the fact they go into the last round of group fixtures with a chance of advancing has to be considered a real achievement. A home win over Atletico Nacional has left El Cetáceo with hope, but picking up the point that would likely see them over the line still remains a big ask.

Delfin arrive confident after a 3-1 weekend victory over Tecnico Universitario but a return to the road, at such a gruelling venue, does have to be a worry. Fabián Bustos’ troops have lost 5 of their last 8 away games overall and will have to show significant improvement in this trip if they are to escape still in the Libertadores.

As mentioned, with a point likely to be enough for the visitors, we expect them to come with a very defensive mindset, something they are not really used to doing. Bolivar, meanwhile, simply have to chase the 3 points from the off, and with the crowd and altitude behind them, it should be a one sided 90 minutes.

Thus, we see best value in backing Bolivar to win to nil. We’ve already touched upon how strong they are as hosts and it’s worth noting they’ve kept clean sheets in 5 of their last 7 in front of the home crowd, a sequence that should continue in this one, with a 2-0 home win looking on the cards.

The 1-1 draw between the two earlier on in the group was their first ever meeting. 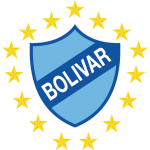 An unchanged team from the weekend’s match with The Strongest is expected. Goalkeeper Romel Quiñónez picked up a knock in that game but is expected to play. 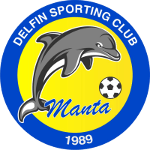