It’s the biggest day in non-league cup football as this Sunday sees Wembley play host to the non-league finals day. Whilst the clash between Stockton Town and Thatcham Town in the FA Vase is the appetiser, the main course sees National League North side Brackley Town face off against National League side Bromley in the FA Trophy.

It has been a season of relative success for both of these sides as they have both punched above their weights in their leagues and, although both have missed out on promotion, they are both rewarded with a trip to the national stadium for their first ever appearance in the FA Trophy final.

Brackley Town upset the odds right from the off when they beat The Class of ’92’s Salford City in the third qualifying round and they followed that up with victories over Braintree, Barrow, Sutton, Stockport and Wealdstone in their route to the final. Their opposition overcame Hartley Wintney, Blyth Spartans, Workington, Spennymoor Town and Gateshead to reach the final at Wembley Stadium this Sunday.

Given that the pitch at Wembley can be quite daunting for many players, especially those that have not played there before, we think that it could prove to be a game which has plenty of gaps for each side to exploit. Both of these sides have built their success on a solid defensive unit for much of the campaign, but given that their form dropped towards the end of the campaign, we think that goals might be the order of the day. With this in mind, we think backing there to be over 2.5 goals scored is the way to go in this fixture.

We are not done there though as we think that there is further opportunity for profit in this fixture. Brackley may have had an excellent campaign in the league this season but their 3-0 defeat to Harrogate Town in the National League North Play-Off final will have been a bitter pill to swallow and it will be hard for them to bounce back. With this in mind, we think combining our initial tip of over 2.5 goals with a Bromley win is a perfect way to boost the return, if you are willing to trade it off against a higher risk.

Aaron Williams has led the line brilliantly for Brackley Town this season and with 24 league goals and a superb return of seven in nine in the Buildbase FA Trophy, Williams has been a crucial component of the Northamptonshire club’s season. Although the step up in class may cause him to struggle a little more than he has for much of the campaign, he has already proven himself capable in the previous rounds of the Trophy and he looks a good bet to get himself on the score sheet this Sunday.

This is the first time these two sides have met in competitive action. 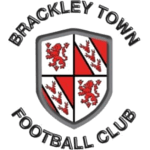 Part timers Brackley Town trained on Thursday evening and have confirmed the whole squad is fit to play.

Neil Smith’s men received a double boost leading up to the final, with keeper David Gregory and midfielder Jordan Higgs agreeing new deals with the National League side.