Wednesday’s Copa Libertadores clash sees Paraguayans Cerro Porteno playing host to Venezuelans Monagas. The home side will be looking to pick up the three points in order to have a chance of stealing top spot in Group 1, should Gremio fail to beat Defensor Sporting.

Cerro have been fantastic in the Libertadores so far, an away defeat at holders Gremio aside, and last week’s 1-0 win in Uruguay over Defensor ensured El Ciclon of their passage into the round of 16. Nonetheless, there’s still plenty to play for as far as the Paraguayans are concerned, with gaining the 3 points the target in order to be seeded higher for the next round.

Luis Zubeldia’s troops currently have 10 points after 5 matches, representing a fantastic effort and spirits are very high in the camp coming into this one, having now won 4 games on the bounce across all competitions following a 3-0 routing of Independiente FBC over the weekend. With the crowd behind them, Cerro are huge favourites ahead of Wednesday’s match and are a real force on their own patch, something evidenced by 4 wins from their last 6 Libertadores home matches.

Meanwhile, visitors Monagas were expected to make few waves and having suffered defeats in 4 of their 5 group games, have done little to prove said predictions wrong. The Venezuelans lost on home soil to a Gremio second string last week and their one home win over Defensor aside, have been outclassed in each of their continental matches.

Such struggles are hardly surprising, considering Los Guerreros del Guarapiche are also struggling on a weak domestic scene, languishing down 15th place after taking just 16 points from 17 outings. Last season’s unexpected title now looks a distant memory for Jhonny Ferreira’s men and having lost 8 of their last 12 away games across all competitions, you do have to fear for them ahead of this trip.

Having already outclassed Monagas in Venezuela, this is a match Cerro should be winning. Monagas are expected to offer very little in attack as they look to sit deep and counter and as such, best value looks to be found in backing a home win to nil.

Cerro have kept clean sheets in 6 of their last 8 home matches and up against a Monagas team that has failed to notch in 7 of their last 12 away games, it’d be a huge surprise if the Paraguayans conceded, with a 1-0 margin of victory looking on the cards.

Cerro’s 2-0 win away at Monagas in the group opener was the first ever meeting between the two.

No problems reported in the build up to kick off. Midfielder Hernán Novick had been struggling with a knock but is fit enough to play. 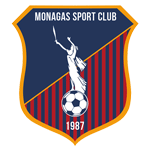