Cordoba are currently in trouble, but they may still fancy themselves to go well against an Almeria side who, like most in this league, are far from infallible. Their recent form isn’t too bad, while their performances at home have been more than useful for a while. Having got the better of the current league leaders away from home last time out, the hosts should be up on confidence. After that result, it would be no surprise if José Ramón Sandoval’s men came out on top here, but neither would any other outcome given their inconsistent nature.

As they currently sit four points above the drop-zone, the visitors probably are safe, but they’ll know that a win here will pretty much guarantee their safety, so motivation shouldn’t be in question as far as Almeria are concerned. The hosts will be feeling good, but the same can be said for the visitors, who got the better of Granada last time out and who’re now unbeaten in three.

Whether they like it or not, Cordoba will need to come forward in this match. Prior to kick off, Almeria have the upper-hand, as they’re clear of the drop-zone, and on this basis, the hosts will have to make the running.

Having turned in some promising performances of late, Cordoba will fancy themselves. However, they’ll run the risk of leaving themselves open as a result. What’s more, the hosts, though their recent form isn’t too bad, are anything but defensively secure, while they’re not exactly savvy when it comes to getting their heads in front.

Frankly, considering that Cordoba are where they are in the league, coupled with the recent performances of both they and Almeria, it’s tough to see just how the hosts merit odds-on favouritism ahead of this match. They are the ones who need the points more, but that doesn’t mean that they’ll get them, nor does it mean that Almeria will give up. After all, the visitors haven’t completely secured their safety.

At the prices, its easy to fancy Almeria to get a result on Sunday. They come here off the back of three consecutive clean sheets and it’s fair to say that they’ve been playing well. What’s more, Lucas Alcaraz’s men have often bee tough to beat on the road in recent times. They may have lost three of their last five away, but facing the likes of Zaragoza and Valladolid, both of whom are challenging for promotion, is much tougher than taking on lowly Cordoba.

Not only have the visitors done reasonably well of late, but Cordoba haven’t exactly thrived on home soil. They were typically open in defeat in their most recent match at Estadio Nuevo Arcángel, while they’ve simply been far to insecure from a defensive point of view all season long. Interestingly, only two teams in the entire division have conceded more goals at home than Cordoba this season. Against a visiting team who will be more than happy to remain patient and wait for opportunities on the break, the open-looking hosts could once again be caught out.

All things considered, whatever way you look at this fixture, it’s simply impossible to say that there’s a disparity in quality as big as the current prices suggest. The visitors are fancied to once again frustrate, and they may even be able to steal all three points. Either way, Alcaraz’s men are too big in the winning and are thus worth supporting to get a positive result. 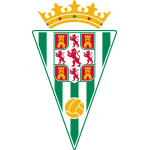 The hosts don’t have too many personnel concerns at present, though they will be without Alejandro Alfaro. Aside from that, Cordoba should be at full strength. 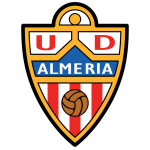 The visitors do have a few injury problems at the minute. Mandi, Fran Rodriguez and Gaspar Panadero are all sidelined.