Australia commence their World Cup preparations with a game against European opposition in the shape of the Czech Republic. They have a further friendly against Hungary following this as they prepare for a group which includes two European sides as well as Peru.

The Socceroos will be outsiders to emerge from it having made hard work of qualification. Since their play-off win over Honduras, there has been a managerial change with Bert van Marwijk taking charge and his reign didn’t get off to the most convincing of starts with a 4-1 friendly defeat in Norway followed by an improved showing in a draw against Colombia. He’s had precious little time to work with this squad, which includes veterans like Tim Cahill and Mile Jedinak but is a little short on emerging talent.

They won’t be expected to do much this summer in Russia, but at least they will be there which is more than you can say for the Czechs. They finished behind Germany and Northern Ireland in their qualifying group but have done reasonably well with 3 wins from 4 matches since the end of that campaign. Karel Jarolím remains in charge despite failure to make the World Cup and he will be using this game as preparation for the UEFA Nations League which commences in September.

Overall it has the potential to be a decent contest. Czech Republic scored four goals in the Second Half of their last match, a 4-1 win over China. They’ve netted twice or more in 4 of their last 6 internationals while both teams have scored in 6 of their last 10 games. It’s a relatively young squad but they have some decent attacking options including Matej Vydra, fresh from a fine season with Derby County while Michael Krmenčík has also made a great start to his international career with 7 goals in 13 caps so far.

8 of Australia’s last 11 games have produced goals at both ends too. One of the striking features of their squad for this match and the World Cup is just how inexperienced their defence is. 4 of their 7 defenders have won 6 or fewer caps and the same goes for 2 of their 3 keepers so it could be a real issue for them in Russia.

Overall, it should be relatively open and backing Both Teams to Score could be the smart move.

It’s a tough one to call in terms of the result and given 6 of Australia’s last 10 internationals have been drawn, backing the Draw may be the best move in the Full-Time Result market with little to choose between the sides.

The last meeting was a friendly in March 2000 which the Czechs won 3-1.

Forward Milan Škoda is out injured. It’s a relatively young squad with only two players over 30. Derby’s Matěj Vydra is likely to feature in attack. 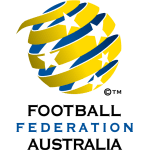 Australia have named a 27 man squad for this game with 4 to drop out ahead of the World Cup. Uncapped Melbourne City teenager Daniel Arzani is hoping to make an impression while the 7 forwards in the squad look set to be cut to at most 5.