This is a real relegation six-pointer and even though it’s still relatively early days, defeat for either side would be a blow to their survival prospects. Certainly it’s a crucial game for Dalkurd who have only put 4 points on the board from 9 games so far and are currently propping up the division. Elfsborg have made a really poor start to the season too though and are only two points better off.

Having finished in the top half last term, it has been quite a decline for Elfsborg and already you sense they will have eyes on little else besides trying to secure survival this term. They’ve only won once so far and that came away in a similar game to this against newly promoted Brommapojkarna.

Dalkurd finished runners-up to Brommapojkarna in the Swedish second tier last term but have so far looked a little out of their depth at the higher level. They are the latest in a number of tales of small Swedish teams who have made rapid rises to take their place in the top flight. Having only been formed by a group of Kurdish refugees as a seventh tier club in 2005, they’ve risen up the ladder to take on the best in Sweden but merely trying to stay in the Allsvenskan may prove their toughest test yet.

Even though they are bottom of the division, there has been enough to suggest they are by no means doomed to an immediate return to the second tier. They’ve looked good going forward at times and average 2 goals per game at home. Only 3 of their 9 fixtures so far have been in front of their own fans but all of their points have come at home.

While they have taken just 1 point from their last 7, Dalkurd have scored twice in 3 of their last 5 and have the tools to trouble this Elfsborg defence. The visitors have leaked a fair few goals this season, conceding 2 per game on average away from home. They’ve lost 3 of their 4 away matches, failing to score in half of them so certainly this presents Dalkurd with a chance to chalk up their second Allsvenskan win.

Backing Dalkurd to score over 1.5 Goals could therefore be worth considering with the hosts boasting quite a bit of firepower for a struggling team.

One of their main attacking options is Mohamed Buya Turay. He bagged 9 goals for a poor AFC Eskilstuna side in the Swedish top flight last term and has netted 5 in 6 games since joining Dalkurd. Backing Buya Turay to score anytime could therefore be worth a punt. 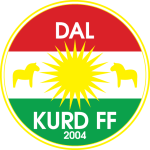 Andrew Stadler is still out with a foot injury. Goalkeeper Abdulaziz Demircans has been suspended for a controversial social media post and may not feature. 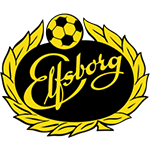 The visitors should be at full strength. They are trying to build up some rhythm under new boss Jimmy Thelin.