Denmark were rather uninspiring last weekend as they played out a goalless draw with Sweden in the first of their two warm-up friendlies, but they will be pleased with their defensive performance there and hope to continue the thwart the opposition when they host Mexico in Brondby.

This defensive approach is potentially a good one considering they have France in their World Cup group, but it’s partly a forced decision after star playmaker Christian Eriksen was given time off to attend the birth of his first child. It’s unknown whether the Spurs man will be back in time for this friendly, although he won’t be missing the start of the World Cup.

Denmark are by no means a one man team, but Eriksen is still key to all their attacking play. Defensively they have plenty of talent in the likes of Kasper Schmeichel, Simon Kjaer, and Andreas Christensen, but none of their midfielders are quite on the same level as Eriksen. That was evident against Sweden, with lone striker Nicolai Jorgensen often requiring better service than he got.

Mexico aren’t exactly short of talent in that area. They are expected to line up with Hirving Lozano, Carlos Vela, and Giovani dos Santos behind their main striker, which could be either Javier Hernandez or Raul Jimenez.

It was dos Santos who got the only goal of the game against Scotland last weekend, and Mexico have only lost two of their last 11 matches. They have been drawn in a group alongside reigning champions Germany, but with South Korea and Sweden also in there they will feel quietly confident about their chances of making it through the group stages.

As far as this match goes, it looks like it has stalemate written all over it. Denmark have drawn four of their last eight games, and at home that increases to four in seven. Meanwhile, Mexico have drawn two of their last four away days, so we like the look of backing a Draw alongside a 1-1 correct score predictions.

Both of the previous meetings between these sides ended as 1-1 draws, with the most recent being a friendly in 2013. 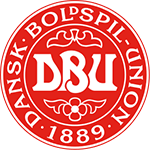 Simon Kjaer will captain the side ahead of goalkeeper Kasper Schmeichel, whilst Nicolai Jorgensen is expected to lead the line again. Christian Eriksen could be absent again after his wife gave birth, with Michael Krohn-Dehli set to deputise in the number ten role.

Javier Hernandez will be hoping to start up front after being left on the bench against Scotland, whilst the likes of Hirving Lozano, Giovani dos Santos, and Carlos Vela provide a talented support network behind. Guillermo Ochoa and Jose Corona battle it out for a starting position in between the sticks. Andres Guardado and Diego Reyes aren’t expected to start as they recover from injury.