Thursday’s Copa Sudamericana first round, second leg action sees Brazilians Bahia playing host to Bolivians Blooming. The home side were expected to advance comfortably from the tie but have plenty of work to do after losing the first leg 1-0.

Bahia don’t arrive in the best of shapes for this fixture, after losing 3-0 at Palmeiras at the weekend, leaving the side inside the Serie A drop zone after taking 5 points from their opening 6 matches.

Nonetheless, Tricolor’s problems are coming exclusively on the road, so confidence won’t be too low in home ranks, currently an impressive 14 matches unbeaten at the Itaipava Arena Fonte Nova, 10 of which victories. With the away goal rule in place, keeping a clean sheet is also of paramount importance for Guto Ferreira’s troops if they are to avoid an embarrassing exit,and is something home fans can be confident in seeing their team achieving, with 4 shutouts recorded from the last 5 outings on home soil.

Meanwhile, although Blooming did well to edge the first leg, their work is far from done and they still travel to Salvador as considerable underdogs. Man for man Erwin Sanchez’s troops simply do not possess the same quality as their Brazilian opponents, so will need another gutsy performance to drag themselves into the next round.

That’s not something the visitors look like providing all things considered, with La Academia in poor form and leaking goals for fun. Arriving off the back of a 6-1 aggregate defeat to Wilstermann in the domestic playoffs, Blooming have now lost 4 games in a row and what’s more, have done so conceding a big average of 2.75 goals a game, leaving confidence low in visiting ranks.

This is a match Bahia should be winning comfortably. They created enough chances to take something from the first leg and back on home territory, where they are so strong, the hosts should be able to turn the tie on its head with relative ease.

Therefore, backing Bahia on the -1 handicap looks to provide great value. Half of Bahia’s last 10 home wins have been by more than a single goal margin and up against a Blooming side showing very little resolve against weaker opponents, the Brazilians should be able to clear the handicap comfortably, with a 3-0 margin of victory our predicted scoreline.

Blooming’s 1-0 win in the first leg was the first ever meeting between the two. 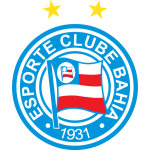 Goalkeeper Douglas, midfielder Marco Antonion and forward Edgar are all struggling with respective injuries and are unlikely to feature. 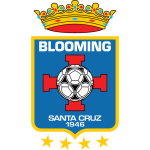