Thursday’s Copa Libertadores action sees Ecuadorians Emelec playing host to Colombians Santa Fe. Both sides are out of the the Libertadores already but will be looking to end the night in third place in Group 4, with a place in the Copa Sudamericana the prize for doing so.

It’s Emelec who arrive with more work to do if they are to achieve that, needing a win by a multiple goal margin to overtake Santa Fe. El Bombillo have been terrible in the competition so far, taking just a single point from their 5 group outings but will want to at least finish on a high and avoid going through the entire stage without victory.

The Ecuadorians certainly haven’t done themselves justice in the competition after coming into it with fairly high expectations after a dominant domestic campaign last season. It’s been a week of change in Emelec ranks, with iconic boss Alfredo Arias departing for pastures new and Mariano Soso being named his replacement, but it’s reserve team manager Javier Klimowicz who’ll be in the dugout for this one, looking to build on a sequence that reads 5 home wins from the last 8 matches.

Meanwhile, visiting Santa Fe have had a fairly miserable Libertadores campaign themselves, leaving spirits low in the camp having also missed out on the play-off stage of domestic action.

Los Cardenales have proven hard to beat in the group, drawing their first 4 fixtures, but defeat to River Plate earlier on in the month condemned the Colombians to an early exit, and at least hanging onto a Sudamericana spot is the only target now. Nonetheless, the visitors certainly face a battle to do exactly that, as they are far from strong on the road, winning none of their last 7 away games, 3 of which ending in defeat.

Ultimately, though they’ve suffered from some irregular form in 2018, we rate Emelec as a stronger side than Santa Fe, and typically a very strong home team, we think they will have too much for a Santa Fe outfit that is far from impressive on the road.

Therefore, backing the Ecuadorians to win looks to provide good value and we’re more than happy to get behind them. The hosts ended 2017 with 12 wins from 13 home games and have showed signs of returning to that kind of form, winning their last 2 at the Estadio George Capwell. Needing a multiple goal win in this fixture, Emelec will look to play on the front foot throughout and we fancy them to get the job done, with a 2-0 margin of victory on the cards.

Prior to the 1-1 draw earlier on in the group, the sides had clashed in the 2015 Copa Sudamericana, with Santa Fe elminating Emelec on away goals after a 2-2 aggregate draw. 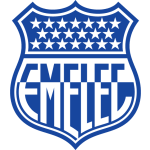 Goalkeeper Leandro Castellanos returns after a spell out injured.