With the World Cup set to kick off in just two weeks time, England and Nigeria both look to make their preparations ahead of the tournament in Russia. For England, this means two friendlies against Nigeria and Costa Rica. Meanwhile, Nigeria have already faced Congo DR and will now line up against England and Czech Republic.

England’s preparations certainly look like they’re trying to face teams similar to the likes of Panama and Tunisia in their group, and as such we could well gain a very good insight into how Gareth Southgate is planning to set up the Three Lions in Russia.

On the other hand, he could see this as an opportunity for the uncapped Nick Pope and Trent Alexander-Arnold to prove a point, as well as giving some more playing time to Ruben Loftus-Cheek. Whatever happens, it’s likely we’ll see the same three at the back defensive setup that Southgate has used for the past five games, with Harry Kane taking a lone striker role as well.

So far this defensive setup has yielded an excellent defensive record, keeping a clean sheet in four of the five games. This includes matches against Italy, Netherlands, Germany, and Brazil too. They have only scored three goals in this time, but it’s worth noting that Kane has only played in one of them.

Southgate seems to know how to get the best out of Kane too, and he has scored seven goals in his six starts under the England manager. This, along with yet another incredible domestic season, makes backing him for our anytime goalscorers prediction look a good choice.

Nigeria do have a lot of quality in their squad, and the likes of Victor Moses, Wilfried Ndidi, Alex Iwobi, and Kelechi Iheanacho will know exactly what to expect as they face off against their fellow Premier League stars. However, a 1-1 draw at home to Congo DR on Monday indicates that they’re not quite there yet, and recent defeats to Morocco and Serbia further strengthen that point.

They have beaten Poland and Argentina in the past year as well though, so England will have to maintain their focus here. The hosts are expected to win though, and considering each of Nigeria’s last ten defeats have seen them fail to find the net we like the look of an England Win to Nil alongside a 2-0 correct score predictions.

These two nations have only met twice, with a goalless draw in the 2002 World Cup being the most recent an coming after a 1994 friendly in which England won 1-0. 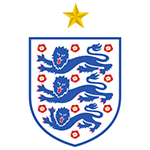 Gareth Southgate’s squad selection is likely to hint at his plans for the World Cup, with the likes of Kyle Walker, John Stones, Raheem Sterling, and Harry Kane all likely to start. The uncapped Nick Pope and Trent Alexander-Arnold could be given a chance to prove their worth, whilst Jordan Henderson could be rested after his Champions League final defeat last weekend, replaced by Ruben Loftus-Cheek. 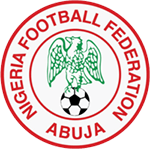