Thursday’s Copa Libertadores action sees Argentines Estudiantes playing host to Uruguayans Nacional. The visitors will be looking to avoid defeat in order to advance to the last 16.

In what is the last game of Group 6, Estudiantes arrive knowing anything worse than a 2 goal win will see them eliminated from the competition, as they currently stand 3 points behind Nacional with a goal difference that’s three goals worse off. Los Pincharratas have not played well in the competition this year, only recording 1 win from their 5 outings so far and in their current shape, they don’t look like salvaging anything in this clash.

Crashing out of the Libertadores would continue what has been a miserable 2018 for Estudiantes. The side have put in some terrible showings across all competitions and it’s now up to caretaker boss Leandro Benitez to try raise spirits in a camp with morale at peak lows after sliding all the way down to a 16th placed finish on the domestic table. Very little inspiration can be taken from anything the hosts have produced in recent month, having now won just 1 of the last 11 games and also having lost 5 home games in a row whilst scoring just a single goal.

As such, a Nacional side 16 matches unbeaten arrives confident in getting the job done. Los Albos had made a slow start to the group, picking up just 2 points from their opening 3 games, but crucial back to back home wins over Real Garcilaso and Santos now have the Uruguayans well in the driving seat coming into this match.

Alexander Medina’’s troops have been running along nicely all year, winning the opening phase of the Uruguayan top flight in dominant fashion whilst making an unbeaten start to the new stage. Also unbeaten in 3 of their 4 Libertadores away games this season, taking qualification matches into account, it’s fair to say the visitors are expected to do what’s required in La Plata on Thursday.

As such, the price on Nacional on the double chance line really makes little sense and that is exactly where our money is going. Estudiantes have done absolutely nothing to justify their heavy favourites tag and in such terrible shape, it’s hard to see them saving themselves from elimination.

The hosts are amongst the most uninspiring teams on the continent; devoid of pace and attacking intent. Nacional are a very difficult side to beat and should be able to grind out a result with relative ease, with a 0-0 draw looking on the cards.

Prior to a 0-0 draw earlier on in the group, the sides hadn’t met since the 2009 edition of the competition in which Estudiantes won both meetings. 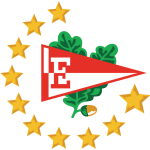 A late call will be made on forward Juan Otero.

Centre back Guzmán Corujo misses out through injury.