Having won the league title in both 2016 and in 2017, Copenhagen will have ended the 2018 season feeling bitterly disappointed that they could only manage a fourth-place finish. In truth, Ståle Solbakken’s side never landed a glove on the two teams who battled it out for the title, though all is not lost. Despite not challenging for top spot this season, Friday’s hosts have been presented with an excellent chance to secure continental football for next season.

All the hosts need to do is get the better of an Aarhus side that finished tenth during the regular season. Considering the way in which Copenhagen have gone about their business on home soil this season, that doesn’t exactly seem like a big ask.

The visitors come into this match having thrived under the conditions of knockout football, though they’re likely to come under serious pressure on this occasion. Having defended poorly in recent weeks, Aarhus could really struggle to contain a team who notched four against them at this venue earlier in the campaign.

The hosts, who come here having conceded at least once in all but one of their last ten matches, have been by no means secure defensively this season, so the visitors, who have scored plenty of goals recently, won’t hesitate to have a go. Profiting offensively may not be beyond Aarhus, though keeping things tight at the back is likely to be a step too far, especially since they’ve struggled to hold off lesser opposition in recent weeks.

The final weeks of the season saw Aarhus concede in six consecutive matches, while they shipped no less than six goals in four play-off matches to reach this final. What’s more, David Nielsen’s side struggled away from home against the better attacking teams during the regular season, conceding four away at both Midtjylland and Copenhagen.

Having notched an impressive 15 goals in their last five matches, Aarhus are no mugs offensively and they could easily catch out a home team who’ve often given goals away this season, but the way they’ve defended recently, coupled with how easily they were breached at this venue earlier in the season, does not bode well for the visitors.

Not only did Copenhagen break through against Aarhus with ease when facing them earlier in the season, but they also have a pleasing scoring record against the lesser teams in Denmark’s top division. In four matches against the teams who competed in relegation group one, Copenhagen scored an impressive twelve goals. However, for all they’ve thrived offensively against the lesser teams, the hosts didn’t exactly end the season in fine form defensively, conceding in each of their last six, four of which were wins for Solbakken’s men.

All things considered, Copenhagen, who achieved a goal-scoring average of 2.33 goals per home match this season and who’ve scored exactly twice as many goals at home as Aarhus have on the road, are backed to get the better of Aarhus thanks to their superior forward productivity, though given their recent defensive record, they may not be able to do so without enduring a few scary moments at the back.

Copenhagen have completely dominated this fixture in recent times. Friday’s hosts have won each of the last seven renewals, while they’ve never lost against Aarhus, despite facing them no less than 20 times. 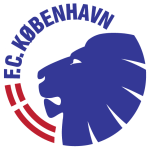 Copenhagen have a few concerns ahead of this match. They will likely be without Mikael Antonsson, who has missed most of the campaign, while the same can be said for Keita Aboubakar, who has not featured in 2018. Andrija Pavlovic and Laszlo Koteles are also doubts.

Martin Pusic received a red card in the second-leg of Aarhus’ semi-final success, so will not feature here, while Mustafa Amini, who has now missed three matches, is a doubt. Tobias Sana may return after three games on the sidelines, though Frederik Moller is expected to remain out.