Saturday’s Brazilian Serie A action sees the in-form Fluminense playing host to Chapecoense. The home side will be looking to keep up their excellent start to the new campaign.

Coming into the season with a thin looking squad and having pulled up few trees over recent years, little was expected of Fluminense in Serie A this year but Abel Braga’s men have certainly made a strong start, taking 10 points from their opening 6 matches, putting them 5th.

Whilst injuries and suspension are likely to eventually make Flu slip down the table, for now confidence is high in home ranks and those that take to the field will do so looking to keep momentum going. What’s been most impressive about the side’s strong beginning has certainly been showings in front of the home crowd, with 7 points taken from matches against strong opponents in the form of Cruzeiro, Sao Paulo and Atlético PR and collecting the 3 points once again is the only target coming into the game.

Meanwhile, visitors Chapecoense don’t look like defying pre-season predictions of being involved in a relegation battle. After 6 outings, Gilson Kleina’s men have just 1 win, with their current 6 point haul seeing them over just 1 place above the relegation spots.

Verdão somehow managed to finish in a Libertadores spot last season, after building an entirely new squad after the 2016 tragedy, but a repeat of the feat certainly doesn’t look probable on the evidence we’ve seen thus far. On home soil the visitors at least look competitive but on their travels they’ve looked very vulnerable, already having lost 5-1 at Atletico PR and 3-0 at Internacional last time out, contributing to a winless streak of 6 matches away from home.

Such weak showings on the road have to be a massive worry for Chape ahead of this trip to Rio, none more so than because they meet a Fluminense side in such strong shape, particularly as hosts.

Fluminense have won 9 of their last 13 home games overall and with 4 of their last 6 outings in front of the home crowd ending in wins to nil, that has to be the bet here. Chapecoense have not scored in any of their last 3 away games and look like failing to notch once again, with a 2-0 margin of home victory on the cards.

Chapecoense have dominated this fixture in recent years, winning 6 of the last 8 meetings. Nonetheless, Fluminense did manage to avoid defeat on home soil against Chape last season, with the game ending in a 3-3 draw. 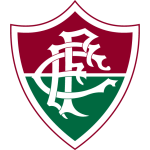 Defender Ayrton Lucas joins Marquinhos Calazans on the sideline. Forward Pedro has been struggling with a knock but is expected to start. 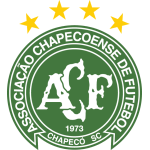 An unchanged XI from the team that lost at Internacional last time out is expected to be fielded. Neto, Luiz Antonio and Fabricio Bruno remain sidelined.