Having named his squad a few weeks ago, Didier Deschamps will be looking for his players to stake their claims for a place in the World Cup starting XI when France take on Ireland on Monday evening. Having beaten Russia in their last friendly, the French will be looking kick forward and start building momentum ahead of next month’s big tournament.

In contrast, Ireland, who’ll not be heading to Russia this summer, may lack motivation going into Monday’s game, though few involved with Irish football will have forgotten how France cheated their way past them to secure a place at the 2010 World Cup, so the visitors ought to be up for it.

Last time out, France began laying the foundations ahead of their World Cup campaign by beating the tournament hosts Russia in relatively convincing fashion; however, as has often been the case with Les Bleus, they were none too clever at the back. Going forward, Deschamps men excel but defensively they can be got at, especially on the break.

As far as Les Bleus are concerned, defending poorly has been something of a theme for a while. Not only did France concede against Russia last time out, but they also conceded against Columbia prior to that, while defensive frailties were evident during their recent qualification campaign, whereby Deschamps men were breached by teams such as Belarus, Bulgaria, Sweden and Luxembourg.

As mentioned above, offensively, France’s quality cannot be questioned. Les Bleus made light work of scoring goals against both Russia and Columbia in the last round of friendlies, scoring five goals in total against those two teams, while they also notched twice against the Germans prior to that.

Ireland will know that stopping France is going to be hard, though they may just fancy themselves to make headway at the other end of the pitch. They’re unlikely to be too cavalier, but, having seen how easily other teams have got at the French, Martin O’Neill’s men should fancy themselves to do some damage. After all, the visitors have a reasonable scoring record away from home in recent times. Crucially, the Irish failed to notch when playing Denmark away from home in the World Cup play-offs, but they had scored in each of their last five on the road prior to that.

Given Les Bleus’ offensive quality and general tendency to get forward at all costs, coupled with the fact that Ireland will look to exploit the hosts on the break, this could turn into a relatively open encounter. Consider this in conjunction with recent performances, especially from the French, and it’s very easy to conclude that ‘Both Teams to Score’ is a decent bet at the prices.

An additional bet is ‘France to Win & Both Teams to Score’. With their overall quality, the hosts, despite lacking defensive solidity, ought to have no problem outscoring the Irish. After all, Deschamps men have scored at least twice in seven of their last eight on home soil, while they’ve only conceded more than once in two of those.

France have a positive recent record against Ireland, winning three of the last five renewals of this fixture. When the teams last met, at the European Championship in 2016, France came out on top by two goals to one. 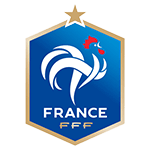 France’s World Cup squad is missing names such as Dimitri Payet and Laurent Koscielny, both of whom are out through injury. If Deschamps chooses to experiment slightly on Monday night, the likes of Benjamin Pavard and Presnel Kimpembe could feature in the full-back areas, though regulars such as N’Golo Kante and Paul Pogba should feature in midfield.

Brentford’s Alan Judge could feature having been called up, though it has been confirmed that midfielder Jeff Hendrick will not feature in this match. Hendrick’s absence could pave the way for Callum O’Dowda to feature from the start. Eunan O’Kane is another player who’ll miss out through injury.