This is a fixture that invariably guarantees goals and we should see a pretty open contest here with the visitors certain to come looking for three points. Gefle have done well against Helsingborg in recent years but there can be no doubt that they have been the inferior team so far this term.

Gefle are currently 14th, which would see them face a play-off to avoid relegation to the third tier were they to end the season there. They only avoided that feat by virtue of goal difference last term and they are a side that has been in decline for a while so it is no great surprise to see them in the midst of a relegation battle.

Helsingborg on the other hand, are in contention for a move in the other direction. They have successfully managed to build on a solid mid-table finish last term. Currently lying in 4th and with games in hand on the entire division, they have a great chance to steal a march on their rivals here. Victory could propel them into 2nd place and they look well equipped to bag maximum points.

Helsingborg have only really had one off-day so far this term, a 2-0 home defeat to AFC Eskilstuna but they’ve been very impressive since then. Their away record is particularly good with an average of 2 points per game on the road, where they are yet to taste defeat this term. They’ve also averaged 2 goals per game away from home and only 3 sides can better their overall goals per game average.

They’ve won all of their last 3 matches and that includes a victory over 2nd placed Orgryte so unquestionably they are the form team right now and they will take great confidence into this match. By contrast Gefle come into his one on the back of a 5-1 home defeat against mid-table opponents so that really doesn’t bode well for them here, back on home soil against superior opposition.

They’ve lost 4 of their last 5 matches overall and defensively it’s hard to see them coping with the Helsingborg attack. Gefle have shipped 2.4 goals per game on average at home this term and have the division’s 3rd worst overall defensive record. A huge 80% of their matches in front of their own fans have ended in defeat and therefore we have plenty of reason to fancy backing a Helsingborg Win here.

Going for Helsingborg & Both Teams to Score also looks good. All of Gefle’s last 5 matches have produced goals at each end and the same goes for 75% of Helsingborg away games this term.

Gefle have had the better of meetings in recent times. They’ve won 3 of their last 4 at home to Helsingborg. Both teams have scored in all of the last 12 meetings.

Gefle could ring the changes after a heavy 5-1 home defeat last time out. Jacob Hjelte is pushing for a start up front while fellow youngster Yassin Housni could feature in midfield. 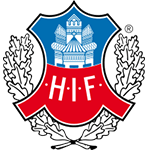 The visitors have no major concerns. They could go with the same team that won last time out.