After nine games in this seasons Superettan, Gefle occupy one of the relegation places and look set for a tough season in the second tier of Swedish football. On Monday night another of the divisions struggling sides Landskrona proivde the opposition, and while both teams head into the game in poor form each will view this fixture as the perfect opportunity to kick-start their season. Two places and a single point keep the visitors above their hosts ahead of kick-off, but the roles could be reversed come the final whistle on Monday.

When these two sides last met in February 2017 Landskrona were playing the role of hosts and the competition was the Svenska Cupen. A tight and tense first half eventually provided us with a goal six minutes before the half time break, when Zahui finished neatly past Strömberg in the visitors goal. Landskrona looked good for their lead as the second half progressed and eventually scored the all important second goal in the eighty-fourth minute through Nalic. Gefle responded with a consolation goal deep into stoppage time through Oremo, but the hosts held on to secure their place in the next round.

Both sides poor form was briefly mentioned above, and with just one win, two draws, and three defeats from their last six matches, both sides are level in the form guide. Gefle have gone five games without a win, while for the visitors it has been four games without a victory, so both sides are bound to be low on confidence ahead of their Superettan clash on Monday. Four of the six meetings between these two clubs have seen both sides get on the scoreboard, and with both sides failing to score in just one of their last six games we’re expecting goals at both ends of the pitch on Monday. Each of Gefle’s last four matches have witnessed both teams score, while three of the visitors last six results have also brought about goals for both teams.

Bergmark-Wiberg provides the home sides most likely source of goals, having netted four times in the Superettan so far this season. Ghana striker Sadat has made an impressive start to the season scoring five times in nine starts, and he will provide a big threat to Gefle’s defence on Monday.

We’re confident that both teams will score in this game as both teams prefer attack to defence and have been equally matched so far this season. Neither side can claim to be at their best defensively and we’re expecting both teams to score a couple of times as they go in search of a rare victory, with the game ending in a 2-2 draw.

These two sides have only met six times before, and with 3 wins, 2 draws, and just 1 defeat its Gefle who lead the head to head record. Gefle lost for the first and only time against Landskrona in February of last year. 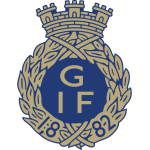 Lohikangas and Ljungberg could be miss Monday’s game due to injury.

Andersson and Ekvall are the only injury concerns for the visitors.