Two years ago Iceland qualified for their first ever major tournament and then shocked the continent by making it all the way to the quarter finals of Euro 2016, and now they’re looking to pull off a similar upset as they take part in their first World Cup.

It’s not going to be easy for them though. They took an excellent point from Argentina in their opening game and looked the better side in the first 45 minutes against Nigeria. They failed to take their chances though, and after running out of steam in the second half found themselves on the end of a 2-0 defeat thanks to an Ahmed Musa masterclass.

This obviously puts Iceland on the back foot in the race for 2nd place. They currently lie 3rd in the group, two points adrift of Nigeria and ahead of Argentina on goal difference. They need to win against Croatia to stand any chance of qualifying, but then also need Nigeria to fail to beat the floundering Argentina at the same time.

One positive to come from the group so far, from Iceland’s perspective, is that Croatia have all but guaranteed the top spot for themselves. They have a sizeable goal difference advantage over Nigeria and a three point lead, and Zlatko Dalic has already stated that he’ll be rotating his squad for this match.

We could see major changes in the Croatia squad. Marcelo Brozovic is suspended, and with Sime Vrsaljko, Ivan Rakitic, Ante Rebic, and Mario Mandzukic all carrying yellow cards we are likely to see them benched. Luka Modric, at 32 years old and coming off the back of a very long season for Real Madrid, could also be rested. This would see Mateo Kovacic, Marko Pjaca, Milan Badelj, and Andrej Kramaric come into the squad.

These are by no means poor players, but they aren’t on the same level as the first choice lineup. Add that to the fact that they are unlikely to exert themselves too much in pursuit of a win and Iceland have a real chance.

The underdogs need a win, and with them losing just four of their last 17 competitive matches we can see them getting at least a draw here. Backing an Iceland Win or Draw Double Chance looks the best value, along with a 1-1 correct score predictions.

Alfred Finnbogason is the man we’re watching too. Iceland’s main striker has scored their only goal of the tournament so far and has netted in three of his last four international appearances. After Gylfi Sigurdsson’s shocking penalty miss against Nigeria he could be promoted to penalty taking duties too, which is a major factor in this penalty-laden World Cup.

Croatia have won four, drawn one, and lost one of their six previous meetings with Iceland, with that sole defeat coming in 2018 World Cup qualifying in Rejkjavik. 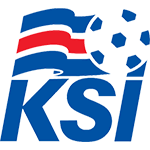 Iceland are expected to line up in a similar fashion to their game against Argentina, with Finnbogason taking the lone striker role and Gylfi Sigurdsson sat just behind him. 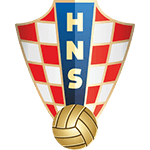 Marcelo Brozovic is suspended for this game, and Zlatko Dalic is expected to make some substantial rotations. Mateo Kovacic, Marko Pjaca, Andrej Kramaric, and Milan Badelj could all come in, with Ivan Rakitic, Ante Rebic, Sime Vrsaljko, and Mario Mandzukic all carrying bookings and expected to be dropped. Luka Modric could be given a rest too.