This game is a mid-table battle with just one point separating these two sides currently. It’s perhaps too early still to tell exactly how the campaign is going to pan out for what are two of the bigger clubs in the Swedish top flight. This game might give us some indication as to who might have the edge.

Djurgarden will be expected to finish higher up. They finished 3rd last term and have Europa League qualifying action to look forward to in a little over a month. However they are already well off the pace and perhaps out of title contention even at this stage with leaders Hammarby currently 11 points better off. The pressure is certainly building on boss Özcan Melkemichel.

As for the hosts, they finished a mediocre 10th last term and will be hoping for better this time around. It has been a bit of a mixed mag since the 2018 campaign kicked off with an impressive win away to defending champions Malmo the highlight but there have been as many defeats as victories overall.

The bookies make the visitors the clear favourites here but there is certainly reason to believe Gothenburg will get something from the game. Of their 4 defeats so far, 3 came against the top three sides but they’ve competed well against the rest of the division and even those games against the high-flyers only produced narrow losses.

With 7 points from their last 4 games, they take reasonable form into this one. Although there have been more slip-ups of late, this is still a Gothenburg side that went 37 Allsvenskan home games without defeat between 2015 and 2017 and Gamla Ullevi can be a tough place to go so certainly at 2/1 the home team look a little long for the win.

It’s not as though Djurgarden are exactly setting the world on fire either. They’ve taken just 1 point from their last 4 away games and average just 0.6 goals per game on the road this term in the Swedish top flight. Their overall record of 1.1 per game is also poor and far less than what you’d expected of a side with European ambitions and one that finished last season as the league’s second highest scorers.

The bookies don’t really seem to have taken into account their decline over the off-season nor their dodgy away form here so overall backing Gothenburg Double Chance looks like the smart move.

Djurgarden have won the last 3 meetings overall. However it’s still just 1 win from their last 5 visits to Gothenburg.

The hosts have no fresh concerns with Patrik Karlsson Lagemyr their only absentee. 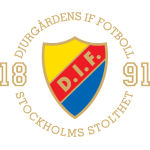