This game features two sides that appear to be roughly on the same level they were last term. Norrkoping again look like solid top six material and will be just three points off the top if they can bag maximum points from this one. Sundsvall meanwhile are again most likely going to be in and around the relegation scrap.

They survived by just a point last term but look to have improved slightly over the winter. They are in 10th place currently but were they to upset the odds here, they could potentially move as high as 5th, which would represent an excellent start to the campaign, which breaks ups for a month this weekend.

Norrkoping are though the clear favourites. The 2015 Allsvenskan winners have made a solid start and look well equipped to challenge for the title in a season when it could be quite open. With defending champions Malmo struggling badly, Jens Gustafsson’s side will fancy this could just be their year again.

Overall, they ought to get the better of GIF Sundsvall here. Norrkoping have made a convincing start to the season on home soil, winning 80% of their league outings at home so far this term. They are also in good overall form with 4 wins from their last 5 so there is plenty of reason to justify their status as clear favourites for the win.

It’s also worth noting that only 2 of GIF Sundsvall’s 8 league games so far this term have been away from home and that’s worth taking into account when assessing their current league position. Their road games were both lively affairs as they drew 2-2 at struggling Dakurd before losing out to the odd goal in seven against early season leaders Hammarby.

Those performances showed they are willing to be quite positive on their travels and this is certainly a game that promises goals. Norrkoping average 1.89 goals per game, while Sundsvall average 1.88, which makes them two of the three highest scorers so far in the Swedish top flight this term. With both teams having scored in 80% of Norrkoping’s home games and both of Sundsvall’s away games, backing Both Teams to Score appeals here.

As does going for Karl Holmberg to score Anytime. The 25 year old has netted in 3 of his last 4 games having managed 14 goals in this league last season.

Norrkoping are unbeaten in 10 games against Sundsvall. However 5 of those matches were drawn and the same goes for 4 of GIF Sundsvall’s last 6 visits to Norrkoping. 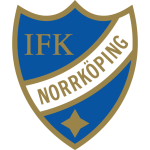 Midfielder Andreas Blomqvist and centre-back Henrik Castegren are the main absentees. Both have long-term injuries. 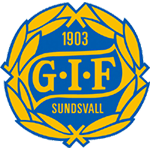 Forward Chidi Dauda Omeje, keeper Tommy Naurin and midfielder Maic Sema are all expected to miss out through injury.