It’s been a pleasing start to the season for Falkenburgs, who currently sit second having played nine matches, six of which they’ve won. Hans Eklund’s men have lost just one match this season, so they’re unlikely to hold too many fears ahead of a game against the team who’re currently propping up the rest of the division.

In stark contrast to the visitors, Varnamo are already struggling massively. The season may only be ten weeks old, but it’s fair to say that Roar Hansen’s men are in a lot of trouble. Tuesday’s hosts have managed to accumulate just five points from their opening nine fixtures, scoring a measly five goals and conceding a worrying 17 in the process.

With the way things have gone for the two teams this season, it’s very easy to see the visitors thriving when they visit Stadium Värnamo on Tuesday evening. Not only have the hosts conceded a lot of goals already this season, but the away side, who’re currently the divisions’ second highest scorers, come here in fine scoring form having notched three goals last time out.

Falkenbergs may only be nine matches in, but Tuesday’s visitors have already started making a name for themselves as a team who’re going to score plenty of goals, even when playing away from home. Eklund’s side come here having scored four in their most recent away match, while they’ve notched ten goals in four away games in total. Impressive form indeed.

Last time out on the road, when scoring four away against a Brage side who’re sixth in the table, Falkenbergs showed themselves to be both creative and efficient in front of goal. Such qualities bode well ahead this fixture against the most defensively inept team in the entire division.

Not only have the visitors thrived offensively so far this season, but Varnamo have been really struggling from a defensive point of view. They shipped four last time out, while they were also nowhere near good enough when losing by three goals to one against Halmstad, who’re currently fifth, in their most recent home match.

The home side did keep back-to-back clean sheets prior to conceding seven in their last two, but they didn’t exactly defend amazingly well in doing so. What’s more, keeping a clean sheet against teams in the bottom half is far easier than shutting out of the most prolific teams in the entire division, a team who’ve scored at least twice in 67% of their matches during the current campaign.

All in all, everything points towards the visitors once again enjoying themselves in the final third. Backing Falkenbergs to notch more than once (for the fourth time in five away matches) is very much the way to go.

Falkenbergs have a pleasing recent record in this fixture having won three of the last five renewals. Tuesday’s visitors are also unbeaten during that time. In fact, Falkenbergs, who’ve won eight of the ten renewals of this fixture, have never lost against Varnamo. 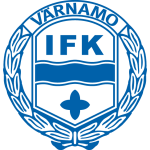 Paulo Marcelo has been out for a while and will not feature here. Freddy Winsth and York Rafael could both miss out having not featured last time out. 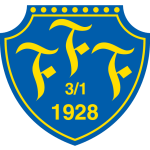 Hampus Svensson is out injured for the visitors, though they aren’t expected to have any other concerns.