Friday’s Copa Libertadores action sees Argentines Independiente playing host to Venezuelans CD Lara. The home side will be looking to pick up the three points that would put themselves through to the last 16, whilst Lara are aiming to pull off a shock victory for the same reason.

Coming into the competition as Copa Sudamericana winners and in strong domestic form, Independiente would have hoped for a smoother route into the last 16. Ariel Holan’s troops have been highly inconsistent for a number of months now but a stunning win at Corinthians as well as an important point at Millonarios now have the side on the brink of salvaging their Libertadores lives.

Having not played since the aforementioned draw in Colombia last week, El Rojo have had plenty of time to prepare for this fixture and will be desperate to get the job done in front of an expectant home crowd, in what is the side’s last outing prior to the World Cup. With 6 wins from their last 8 continental home outings, Holan’s men certainly have pedigree on the big stage, something they’ll be looking to display on Friday.

Meanwhile, shock home wins over Independiente themselves and Millonarios has Lara in with a small chance of progressing, but having been smashed 7-2 by Corinthians on home soil last week, as well as losing both of their away games in the group so far by considerable margins, the Venezuelans prospects still don’t look all that bright.

Whatever happens, Leonardo Gonzalez’s team can be proud of their efforts considering the differences between themselves and the other 3 teams in the group. However, currently a point behind Independiente in the standings, Lara know that anything but a win would see themselves eliminated and having lost 4 of their last 5 Libertadores away games, conceding an average of 2.6 goals a game, the odds are certainly stacked against the visitors.

Ultimately, the disparity in quality between the two is vast, and whilst Lara somehow managed to beat Independiente in the group’s opener, it’s almost impossible to see lightning striking twice, especially with the Argentines on home soil this time.

Given that Lara have no choice but to push forward, it should be a fairly open game. In normal circumstances, the Venezuelans would come to Buenos Aires with a very defensive game plan but on this occasion they simply have to play aggressively.

That should give Independiente plenty of room in the final third and we think they’ll take full advantage of it, reflected in our tip which is for Independiente to win and for the game to end with over 2.5 goals. Lara were hammered in similar circumstances last week and could be on the end of a heavy defeat once again, with a 3-0 margin of home victory on the cards.

Lara’s 1-0 win over Independiente earlier on in the group was the first ever meeting between the two. 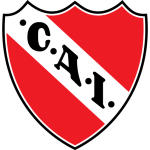 A late call will be made on defender Fernando Amorebieta whilst forward Leandro Fernandez remains sidelined.

No problems reported ahead of kick off. The same team that lost 7-2 to Corinthians last week is expected to be fielded.