Both India and Kenya won their opening group game in the Intercontinental Cup, with the hosts starting off with a huge 5-0 win over Chinese Tapei. Kenya had a much more understated result, as they claimed a 2-1 victory over New Zealand. The African side have been waiting 14 years for their next Africa Cup of Nations tournament, so this trip to India is a rare highlight for their struggling national side. Will Kenya make the most of this competition, or can the home side make it two victories from two with a result on Monday?

The host nation are favourites, and they’ll be pleased with their heavy opening day win. They’re hoping for a strong showing at the Asian Cup next year, after qualifying for the tournament for just the second time in over 30 years. They lost all three games at the 2011 tournament in Qatar, and now there’s going to be a tough challenge for them to qualify against the hosts, as well as encountering Thailand and Bahrain. Can tournament experience this summer make the difference for them in the long run?

India didn’t have it all their own way on the opening weekend, with captain Sunil Chhetri coming out on social media to pled for more support. Their opening day win saw just 2,569 fans turn out. That’s not great for a country as big as India, with a population of over 1 billion. Chhetri is hoping for better in this meeting with Kenya, as he is set to earn his 100th cap for the national side.

The captain did impress in the opener, even if the local support didn’t see it. He hit a hat-trick in the victory, as he hit 59 international goals. After 27 goals in their last 10 home matches, India are now looking like a solid force going forward, so they’re at least trying to entertain those who do show up. We’re backing that to continue this week, as we should get more goals in their second group game.

Kenya racked up a couple of strikes in their win, but they were also exposed at the back. Issues in defence should see them struggle against India, but they’ve scored in seven of their last eight games. That has us backing over 2.5 goals in this game, along with a 2-1 victory for hosts India, which might boost the feeling around the national team.

There have been no recent encounters between these two sides. 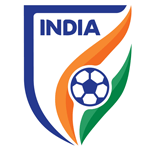 India have called up an entirely domestic based team for this tournament. 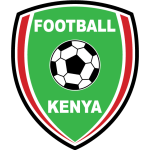 Tottenham’s Victor Wanyama and Girona forward Michael Olunga both miss out this tournament.