Italy are clearly the biggest side to miss out on this summer’s World Cup, having fallen flat against Sweden in their play-off. They seemed wildly underprepared for that clash, despite knowing it was a possibility after landing a group with Spain. They toiled against a workman like Sweden side, all the while some of Italy’s best and brightest talents watched on. Manager Giampiero Ventura was sacked followed their awful campaign, with a new era dawning under Roberto Mancini on Monday.

The former Man City coach will have an easy first task; pick the great players who Ventura overlooked because of his faith in his system. That includes Napoli duo Jorginho and Lorenzo Insigne, who players who have been the bedrock of a record breaking Partenopei outfit in Serie A. With Mancini at the helm, Italy now arguably boast the biggest star in international management. Having Antonio Conte in charge made the most of a mediocre squad, and now they have talent to call upon.

While Mancini is righting many of his predecessor’s failings, one move is causing some controversy. Forward Mario Balotelli is back in the Italy set-up, which isn’t a surprise as he’s always been a favourite of Mancini’s. However, he’s not back because of his personal connections, as the forward hit 18 goals in 26 starts for Nice in Ligue 1; his best ever league haul. Add in his six goals in six Europa League starts, and you’ve got a forward capable of leading the line. With Ciro Immobile out, Balotelli is set to start on his return. He’s well priced to strike in this clash, and after four goals in his last four club games, we are backing him to find the net for Italy.

Balotelli is boosted by the fact that he’s leading a very attacking Italy side. While they were very conservative in November meetings with Italy and Argentina, Mancini is going a different way. He’s lining up a 4-3-3, which includes two attacking wing-backs, the creative forces of Jorginho and Pelegrini in midfield and new faces in attack. We’re likely to see an Italian side who are much less interested in defence here, so we expect goals.

This Saudi Arabia side were thumped 4-0 by Belgium earlier this year, while Iraq and Portugal have hit at least three past them of late. While they could grab a goal against a new-look defence here, we expect a big display from the Italians, so we’re backing over 2.5 goals in this one.

There have been no recent head to head encounters between these two sides. 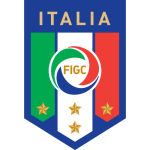 Big changes are expected for Italy under Mancini, starting in goal. Gigi Buffon is refusing to feature in these two friendlies, which were seen as his send off to the national side.

Saudi Arabia have confirmed their squad for the World Cup, with their only foreign based players playing in Spain; including Villarreal’s Salem Al-Dawsari.