KuPS are currently in a slightly more flattering position than their hosts on this occasion, though recent form hasn’t been great as far as Jani Honkavaara’s men are concerned. Just one win in five matches is all they have to show for their efforts of late, though having held league leaders HJK to a draw last time out, scoring twice in the process, the visitors may fancy their chances ahead of this fixture.

On paper, this isn’t the easiest fixture to call. Both teams have their strengths and weaknesses, though it is it Lahti’s defensive strength at home that makes them hard to oppose at the prices. KuPS have enjoyed some decent moments on the road this season, though their form of late has been patchy when playing on their travels. They were disappointingly beaten by an average Honka side in their last away match, while they failed to breakthrough against TPS prior to that. Such form doesn’t exactly bode well ahead of this match.

Lahti haven’t exactly set the world alight at home in recent weeks, though they’ve been very, very tough to beat. In fact, the hosts are unbeaten on their own patch this season, winning four and drawing three. Impressively, they’ve kept three clean sheets in their last five at Lahti Stadium, while they’ve now conceded just two goals in 450 minutes of home football.

KuPS have tried to attack on the road, though it’s done them little good of late, while such tactics could be their downfall in this match. Lahti are no strangers when it comes to being patient, as their recent fixture against a decent VPS side proved, so if they can keep things tight initially, opportunities should arise against a visiting team who struggled to keep things tight when losing their last away match.

In truth, there’s not a great deal between the two teams, though Lahti’s extra defensive quality and impressive home form means that they really ought to be shorter in the winning. At the prices, backing the hosts to see off a visiting assault before profiting at the other end is the way to go. 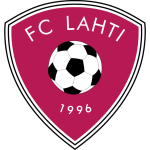 The hosts picked up no fresh injuries in their most recent fixture and are thus expected to continue operating at full capacity on Monday evening.

The visitors will be without Abdallah Said on Monday evening. The Midfielder is currently in Russia playing for Egypt.