Senegal begin their World Cup preparations with a potential banana skin fixture in Luxembourg on Thursday evening. Having reached the finals in Russia, Sadio Mane and co. will be hoping to build some confidence ahead of their upcoming journey east. The visitors come into this fixture in reasonable form having avoided defeat in each of their last seven matches, though it’s probably fair to say that they’ve not exactly set the world alight during that time.

In contrast, minnows Luxembourg of course won’t be in Russia this summer, but they may have their eyes on disrupting Senegal’s preparations. The hosts come here off the back of 4-0 loss against Austria last time out, though they were in a surprisingly good run of form prior to that, a run of form that saw them go unbeaten in four for the first time since 1963.

Given the overall standing of the hosts, who’re ranked 83rd in the world according to FIFA, Senegal, who’re currently ranked inside the top 30 nations in world football, will certainly be expecting to come out on top on Thursday evening. This may be a pointless fixture in theory, but there’s still the small matter of pride at stake, while Aliou Cissé will most definitely want to see his side play some good football given the challenges that lie ahead.

Though Luxembourg are sometimes wrongly painted with the same brush as say San Marino and Gibraltar, they’re still a weak side. As we saw last time out when they lost 4-0 to Austria, the slightest bit of forward intensity and creativity can catch the hosts out. Senegal are by no means the biggest scorers, while they don’t tend to batter many teams, but they really ought to have the quality required to come out on top.

As alluded to above, the hosts aren’t demolished anywhere near as regularly as the likes of Gibraltar, San Marino, Lichtenstein and so, but they don’t exactly have a positive record, even in friendlies on home soil. In fact, since 2016, Luxembourg have lost five of their seven friendlies on home soil, scoring just a single goal in the process and losing each of those five by at least two goals.

Against weak side, Senegal have acquitted themselves well in recent times. The visitors come here having recently beaten both South Africa and Cape Verde on the road, scoring two goals and conceding none in both of those matches. What’s more, Cissé’s men have an excellent scoring record on the road. Since 2016, the Senegalese have notched at least two goals in nine of their 13 matches on the road, eight of which they’ve won.

As well as a pleasing away record, the fact that the visitors come equipped with a lot of physical and attacking quality bodes well. With players such as Sadio Mane and Mame Biram Diouf, both of whom ply their trade in the English Premier League, alongside Keita Balde, who plays for top French side Monaco, the Senegal aren’t short of firepower. With such players in the squad, the Lions of Teranga are backed to secure themselves a convincing win.

There is no head-to-head record for these two teams. The fixture in Luxembourg City on Thursday evening will be the first ever footballing meeting between the two nations. 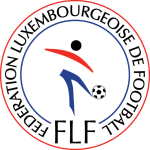 With new fresh injury concerns, the hosts are expected to field an XI that is similar to the team that lost 4-0 against Austria last time out. 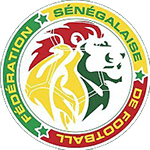 Senegal manager Aliou Cissé will select Thursday’s side from his 23-man World Cup squad. The likes of Sadio Mane, Cheikhou Kouyate, Keita Balde, Diafra Sakho, Kalidou Koulibaly and Salif Sane are all expected to feature in some capacity.