Midtjylland come up against a side that have nothing to play for on the final day of the season, and while that seems like the ideal scenario it is often the team that has no pressure on their shoulders that produces their best performance. Having said that, Midtjylland and Brondby have produced a two horse race in this seasons pursuit of the Superliga title, and there is a gap of forty-two points between Midtjylland and their Monday night opponents.

When the pair locked horns for their reverse league fixture back in early April just one goal was scored, but it proved enough for Midtjylland to secure yet another three points. The first half ended goalless and failed to produce much in the way of goalmouth action, with the most notable talking point being the injury to Horses’ Qvist, who was replaced by Kortegaard in the thirty-fifth minute. Midtjylland edge the possession stats but looked unusually poor in the final third, in fact both sides were limited to a handful of shots on target. However, Midtjylland made one of their chances count as defender Hende headed in from a set piece to score what turned out to be the winning goal.

As you might expect, league leaders Midtjylland head into Monday nights game as the form favourites after the hosts picked up four wins, one draw, and one defeat from their last six matches. Horsens haven’t ended the season well, earning just one victory from their last six, drawing two, and losing the other three. Midtjylland love playing against Horsens having beaten them in each of their last seven encounters, but the last two meetings have each produced under 2.5 goals. We’re expecting some nerves to show on the final day with so much on the line for the hosts, and while we expect them to claim all three points, we believe the margin of victory will be narrow.

Hende, Onuachu, and Sørloth all lead the way in front of goal for title favourites Midtjylland this season with ten Superliga goals to their name. Icelandic striker proved his prowess in front of goal, helping Midtjylland to go top, when he scored twice in Horsens last game against Brondby. He and teammate Okosun both have seven league goals for the season and could cause the hosts defence a few worries on Monday.

We’re confident that Midtjylland will see things through on the final day by taking all three points against Horsens, but expect under 2.5 goals to be scored. The last two matches between the pair have been very close, but Midtjylland have always found a way to victory against Horsens. As for a final score, we’ve gone with a 2-0 win that will see Midtjylland finish top of the table for only the second time in their history.

These two sides have gone head to head twenty-six times before, and with 18 wins, 5 draws, and just 3 defeats it’s Midtjylland who have dominated this fixture. Midtjylland have won their last seven competitive matches against Horsens. 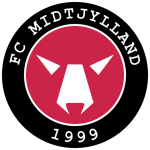 Rilwan Hassan looks set to be the only Midtjylland player to miss the final game of the season through injury.

Jesse Joronen has a knee injury which should keep him out of Monday’s game, but goal scoring substitute Kjartan Finnbogason could be in line for a starting role after impressing against Brondby.