A difficult World Cup qualifying campaign for both Montenegro and Slovenia proved to ultimately be fruitless as they failed to make the final stages at Russia this summer, but neither side has time to lick their wounds as they have to bounce straight back into action ready for the new UEFA Nations League next summer.

Their preparations for that new competition starts this weekend, as Montenegro welcome Slovenia for only their second time in their brief history since splitting from Serbia over a decade ago. That previous meeting saw both sides manage to hit the back of the net but neither managing to pull away and claim a victory. The pattern of that match is largely what we expect to see again this weekend and we are tipping both teams to find the back of the net.

Both of these nations are missing some of their better players for this match and with many of the others still recovering from a long hard season across the various European leagues, we envisage it being a match which is fairly low on quality. However, with fatigue also comes mistakes, and the players on both sides of the pitch will also be eager to make an impression whilst their bigger name teammates are not available.

The hosts will look to striker Fatos Beciraj to do just that. The KV Mechelen man has found the net nine times for his country in 50 appearances, and although he does not have the best of strike rates, he looks a decent option to lead the line for his nation this weekend.

Like their hosts, the visitors also have a striker who is not that well known to the casual football fan likely to be leading the line for them this weekend. Tim Matavz, who plays for Vitesse, had a decent season in the Eredivisie this season with 14 goals in 30 appearances, and his nation will be hoping the Dutch Cup winner will keep up that pace for them in this match.  Although he has 10 goals at international level, he has not scored for his country since 2013 and 29-years-old may be running out of chances to turn this around.

Since Montenegro’s split with Serbia, the two sides have only faced off once. It finished in a 1-1 draw in a friendly back in 2007. 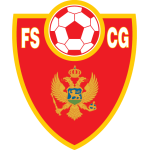 Defender Stefan Savic and captain Stevan Jovetic have withdrawn from the squad and will be a big loss. 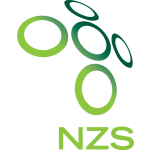 Goalkeeper Jan Oblak is not in the team, while midfielder Valter Birsa and defender Bostjan Cesar have retired from international duty. Midfield man Josip Ilicic is also out of the team for this friendly.