Numancia’s form had seriously waned towards the end of the regular season and it was beginning to seem like they weren’t going to grace the play-offs with their presence, though a narrow 2-1 victory over Leonesa on the final day allowed Jagoba Arrasate’s men to keep dreaming of promotion.

In contrast, Zaragoza, who finished the regular season in third place, confirmed their position in the play-offs prior to the final weekend, though that didn’t stop them gaining another three points when they visited a relegated Barcelona B side at Mini Estadi. Having won each of their last three matches, Thursday’s visitors have built plenty of momentum ahead of this all-important fixture.

As alluded to on previous previews concerning Numancia, the side who finished sixth in the Segunda table have been one of the more well-rounded teams in the league this season, though the fact that they lack form is perhaps a tad concerning. The hosts, who finished the campaign having scored less goals than any of the other three play-off teams, stuttered towards the end of the season, so it’s not terribly difficult to see the coming up short against a Zaragoza side who’ve been in hot form.

Although the visitors did finish the season better than Numancia, it’s fair to say that they’ve encountered problems against the top teams away from home this season. Offensively, as the league table shows, Zaragoza are very strong. Rarely are Los Maños, who notched at least once in 81% of their away matches during the regular campaign, denied on the road, while they have a promising scored record against the top teams having scored in all five of their away matches against top-six teams this season.

However, for all Zaragoza have been offensively menacing, they’ve found it very tough to keep the best teams out away from home. Just one clean sheet in five away matches against teams who finished in the top six doesn’t exactly bode well, nor does the fact that Natxo González’s men shipped a total of nine goals in those five matches. When they last visited Nuevo Estadio Los Pajaritos, Zaragoza did indeed find the net, but they were also breached.

Having seen the visitors concede goals against the top teams this season, Numancia will very much fancy themselves to do some damage in this fixture. After all, they’ve scored plenty of goals at home of late, notching in all but one of their last ten in front of their own fans.

Creating opportunities and scoring goals probably won’t be that much of an issue for a Numancia side who’re good with the ball, though stopping a flying Zaragoza side, who scored against each of the top teams on the road during the regular campaign, and who’ve notched an impressive nine goals in their last three games, could easily prove to be beyond Arrasate’s men. With each team likely to back themselves in the final third, ‘Both Teams to Score’ catches the eye.

Zaragoza have a very pleasing recent record in this fixture having won each of the last three renewals. Wednesday’s visitors came out on top both home and away against Numancia during the regular season, winning by two goals to one at this venue back in March. 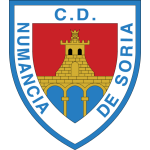 Aside from Luis Valcarce, who is out injured, the visitors should be at full strength on Wednesday.

The visitors are also in the fortunate position of having few injury concerns at present. Raul Guti is out, though Zaragoza have no other problems.