This game sees one of the season’s over-achievers take on one of its under-achievers. Orgryte needed a play-off to avoid the drop to the third tier last term but they’ve turned things around to challenge at the right end of the league this time around. Jonkopings Sodra meanwhile were operating in the top flight in 2017 but are in a bit of danger of suffering back-to-back relegations this.

That said, there are signs that the tide may be turning for both sides. Orgryte have hit a bit of a rough patch and were on the wrong end of a really poor result last time out. They lost 2-1 at home to bottom half Norrby and have slipped to 5th place as a result and are now in danger of just slipping off the pace in terms of the battle for promotion.

Jonkopings were also beaten in their last game although in more predictable fashion. They took on leaders Falkenbergs and suffered a 3-1 defeat. Already you’d have to say they are out of promotion contention but they should have enough quality to avoid another relegation.

They look capable of getting a result here. It feels like Orgryte’s bubble may now have burst. They’ve taken just 2 points from their last 4 matches and have won just 1 of their last 6. That’s some demise for a side that won 6 of their opening 7 this term and defensively they look to have been found out a touch.

They’ve conceded 10 goals in their last 4 matches and that includes 6 goals against sides in mid-table or lower so Jonkopings should have enough about them to ask questions. They’ve done reasonably well away from home too this term, winning 50% of their road games and their average of 1.5 points per game away is better than what they’ve managed on home soil.

They look to have recovered from a really poor start to the season too. They’ve lost just 2 of their last 9 matches and while they’ve found wins hard to come by at times, they do look like they will climb the division now and at least reach the top half. Up against out of form Orgryte, backing Jonkopings Double Chance could well be the way to go especially given they’ve taken an impressive return of 9 points from their last 4 matches on the road.

Jonkopings have won on their last two visits to Orgryte. However the sides haven’t met since 2013. 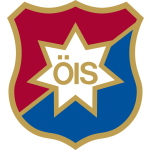 The hosts may consider changes after a shock defeat last time out. Jesper Jörnvik could get a start in midfield.

Midfielder Anton Andreasson is out again for the visitors.