Given that they’re unbeaten in seven matches, Osasuna will come into this match experiencing mixed emotions. On the one hand, the fact that they’ve been hard to beat is pleasing, though they would’ve wanted to win more games having drawn five of their last seven. Failing to get the job done when clearly the better team has been something of a theme for Los Rojillos, though they really ought to get the better of a poor Lorca side, especially in front of their own fans.

Unlike the hosts, who’re still in with a chance of going up, Lorca are heading in the opposite direction, as their relegation is already confirmed. Having failed to meet the grade in the Segunda this season, Curro Torres’s men have been heading down for some time, and given their recent form, they probably won’t be winning this match.

Given the predicament of the visitors, this really is a massive opportunity for Osasuna. However, the hosts have done anything but thrive on home soil this season, so they shouldn’t be expected to go mad on this occasion. At the prices, the bet that stands out is ‘Osasuna to Win & Under 3.5 Goals’.

As recent matches have suggested, Osasuna, as good as they are at dictating both possession and the tempo of a game, having had at least 60% possession in four of their last five at El Sadar, they’re not the most forthcoming in terms of goals.

Creating real clear-cut opportunities hasn’t been a speciality of the hosts, while they’ve not exactly been all that productive with the opportunities that they have created. A lack of both creativity and finishing is why Osasuna have won just one of their last five at home. It’s also why they’ve scored more than once in just one of their last eight in front of their own fans.

Despite their scoring woes, Lorca’s defensive troubles on the road, coupled with the fact that they’re unlikely to fancy this one too much, Osasuna ought to have enough about them, though, as mentioned above, given their performances in general, they shouldn’t be expected to run riot. After all, ‘Under 3.5 Goals’ has landed in 80% of Los Rojillos’s home matches this season.

In addition, the visitors, as poor as they have been, have done a reasonable job of retaining a degree of dignity away against the better teams. Interestingly, ‘Under 3.5 Goals’ has landed in six of Lorca’s eight away matches against the current top nine.

At the end of the day, the hosts are clearly a better team all round. They’ll give little away against the weak attack of Lorca, who’ve scored the lowest number of away goals on the road, but given their overall lack of forward quality, they’re backed to come out on top in low-key fashion.

The reverse fixture, which saw Osasuna win by a goal to nil, is the only previous meeting between these two. 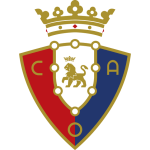 The hosts are expected to be without the services of both Carlos Clerc and Sergio Herrera on Sunday, though they have no fresh concerns. 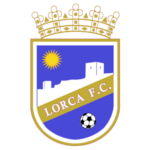 Chumbi is out for the visitors, while Juan Pedro Pina is missing through suspension. Aside from that, Lorca are without personnel concern.