This is a bottom six clash between two sides that have made slightly sluggish starts to the season. Ostersunds sprung into the international spotlight with their fine Europa League run, which ended despite victory at the Emirates Stadium in February. However they’ve struggled to replicate that kind of form since returning to domestic action.

Ostersunds narrowly missed out on qualifying for Europe through the league last term and are only down in 11th place currently after a bit of a slow start. You have to wonder whether their miracle run to the Europa League knock-out stages was the summit of their incredible rise from fourth tier football in Sweden as recently as 2011. Their English boss Graham Potter will be somebody that many managerless clubs in the English Football League will be having a look at this summer you sense and the same could be said of one or two of their players.

Sirius are also struggling to live up to the standard they set last term when they finished in 7th place. With only 5 points on the board from 9 games so far, it promises to be a much tougher season this time around and we will already be a third of the way through it come the conclusion of this game.

While the bookies seem to be suggesting this could be relatively high-scoring, there is plenty of reason to doubt that. Ostersunds average just 0.5 goals per home game so far this term in the Allsvenskan, failing to score in 3 of their 4 matches in front of their own fans. 75% of those games produced under 2.5 goals in total.

Things haven’t really been any more entertaining as far as Sirius are concerned. They have the division’s joint worst goalscoring record with only 0.78 goals per game. 80% of their away games have produced under 2.5 goals so it’s hard to really understand why the odds are pretty short for this game to produce several goals.

With no side really firing or playing with much confidence, a scrappy game could develop and backing Under 2.5 Goals could be the smart move.

In terms of the result, Ostersunds should just be able to edge it. Sirius are coming into this one following three straight away defeats to nil. They’ve also taken just one point from their last six games overall so going for a 1-0 Home Win appeals.

Ostersunds were convincing 5-0 winners the last time these sides met. That game was at Sirius too but the previous 4 league meetings had all been drawn.

Iranian striker Saman Ghoddos has joined up with his country ahead of the World Cup so won’t feature. Jamie Hopcutt or Dino Islamovic should fill in. 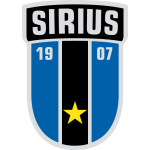