The tiny Central American more famed for it’s canal than it’s football, for the first time in their history, will gear up for the World Cup finals this summer. Their preliminary squad selection includes a host of vastly experienced international players, and it’s likely that all of these veterans will be included in the final selection early in June.

This squad includes six players with over 100 international caps to their name, five of whom started on that fateful night back in October as they stunned Costa Rica with a 2-1 win to send them through to their first ever World Cup.

Since that historic night, things haven’t gone particularly well for the hosts. They have lost three of their six games since, including losing all three of their games against fellow World Cup hopefuls. With warm up matches against Northern Ireland and Norway before they face Belgium in their opening match, they will be hoping to regain some confidence.

Northern Ireland aren’t exactly known for their youthful players either, and that trend hasn’t really been bucked for this match. Old veterans Aaron Hughes, Gareth McAuley, and Jonny Evans have all bee included, although behind them they have a trio of goalkeepers with just one cap between them. The likes of Paddy McNair, Gavin Whyte, and Paul Smyth do bring some promising youth into the side though.

Unfortunately for Northern Ireland, they weren’t able to repeat the feat that saw them qualify for Euro 2016 two years ago. They crashed out in the playoff round to Switzerland back in November, and since then have only been in action once.

The visitors certainly aren’t a bad team, and they showed that with their performances in France a couple of years ago. However, they have lost three of their last seven trips away, and Panama built much of their qualifying success around their form on home soil. They have won their last two home games, and you have to imagine that they will be taking this game much more seriously than Northern Ireland.

With that in mind, backing a Panama win looks a good choice given how desperate they will be to get some results under their belt, so we’re going for that along with a 1-0 correct score predictions.

This will be the first meeting between these nations. 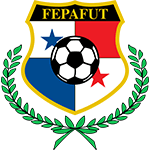 Panama are taking a hugely experienced squad with them this summer, with six players in their preliminary 35 man squad having over 100 caps. 33 year old midfielder Gabriel Gomez is the leader in this respect with 142 appearances, whilst 37 year old striker Blas Perez and 36 year old Luis Tejada lead the scoring charts with 43 goals in 116 and 104 caps respectively.

Northern Ireland have also chosen an experienced bunch of players, with Hearts’ veteran defender Aaron Hughes having 110 caps to his name, and the likes of Gareth McAuley and Oliver Norwood having plenty of international experience. On the other hand, the three goalkeepers chosen have just one cap between them.