For the first time in over 35 years, Peru are gearing up to take their team to the World Cup Finals this summer. The last time they qualified was for Spain 1982, crashing out at the group stages having failed to win any of their three games. With Denmark, France, and Australia in their group this time around they will be hoping to remedy that, although progressing to the knockout stages might be a step too far.

Their chances have been hampered even further with the controversial extension of Paolo Guerreiro’s doping ban, leaving their talismanic striker set to miss out on the World Cup. Lokomotiv Moscow striker Jefferson Farfan is  veteran up front though, and their squad as a whole looks a healthy mixture of experience and youth.

The Peruvians are in great form as well. Last time out they beat Iceland 3-1 in a friendly, following on from 2-0 wins against both Croatia and New Zealand. In fact, they haven’t lost a game since November 2016, winning eight of their 12 games since then. This includes a win against Uruguay and an away draw to Argentina, so they definitely have the steel to challenge the bigger teams.

With this squad, Scotland are not one of those bigger nations. After the likes of Stuart Armstrong, Allan McGregor, Matt Ritchie, and Ryan Fraser dropped out of the squad, Alex McLeish has been left with one of the most inexperienced squads in recent memory.

All three of Scotland’s goalkeepers are uncapped at international level, and the only player with over 15 caps to their name is Blackburn defender Charlie Mulgrew. In total there are just 75 caps between the Scotland squad, and Mulgrew possesses almost half of them.

That’s not to say these inexperienced players are talented. Youngsters such as Scott McTominay, Oliver McBurnie, and Scott McKenna are all promising prospects, but coming up against a vastly experienced Peru squad in their capital city isn’t going to be an easy ride. The fact that Scotland have lost four of their last eight away games doesn’t help their chances either.

Meanwhile, Peru have won six of their last seven on home soil and have scored at least two goals in five of these. On the balance of things, we’re expecting a surprisingly open and high scoring game here. Five of Peru’s last ten home matches have seen at least three goals, whilst Scotland have seen at least three goals in seven of their last ten away matches. We’re backing Over 2.5 Goals here, along with a 2-1 win for the favoured hosts.

The only previous meeting between these sides ended 3-1 to Peru back in the 1978 World Cup. 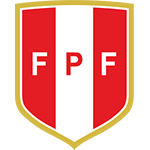 Lokomotiv Moscow striker Jefferson Farfan will be the key man for Peru after Paolo Guerreiro’s drug ban was extended. Watford’s Andre Carrillo is also present, with the likes of Yoshimar Yotun and Christian Cueva expected to be started in midfield. Veteran defender Alberto Rodriguez will take the captain’s armband in place of Guerreiro. 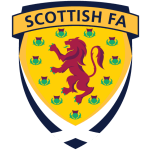 Stuart Armstrong and John Souttar are the latest players to withdraw from the Scotland squad, joining previous dropouts Allan McGregor, Barry Douglas, Matt Ritchie, and Ryan Fraser. In a largely inexperienced squad the likes of Scott McTominay, Ryan Christie, Oliver McBurnie, and Callum Paterson are hoping to add to their caps.