Having not played since March, Poland’s World Cup preparations will get underway on Friday evening. Chile may not be going to Russia, but they’re a still a more than useful side, as they showed when beating Serbia on Monday evening, so this will be a test for the hosts. In terms of form, Poland did regain the winning thread when last in action, beating South Korea by three goals to two, though they were without a win in three prior to that.

Chile went into Monday’s fixture with Serbia having lost against Romania just four days before, but they picked themselves up to come out on top. In what was an open game, the Chileans looked dangerous going forward, but they were wasteful in the final third, while they also conceded several chances. If they want to avoid defeat against a Polish side that has scored plenty of goals in recent times, the visitors will need to do better defensively.

In qualifying, Poland looked very strong on their own patch; they won five out of five, scoring an impressive five goals in the process. However, since booking their place in Russia, the Polish have failed to win three of their four matches on home soil, scoring just three and conceding four in the process. Fortunately for the hosts, they face a Chilean team who’ve struggled to really put their best foot forward on the road for a while.

Poland’s scoring form in recent friendlies hasn’t been great, but they resumed showing people just how effective they can be as an attacking force against South Korea last time out, notching three goals in the process. Considering their performance on that occasion in conjunction with each of their highly impressive attacking showings during qualifying, it’s easy to see the hosts hurting a visiting back-line that appeared to be there for the beating against Serbia last time out.

However, as good as Poland, who of course have the prolific Lewandowski spearheading their attack, can be going forward, they’ve not defended overly well in recent times. The hosts arrive here having conceded at least once in four of their last five on home soil. Poland have also failed to keep a clean sheet in eight of their last ten in front of a home crowd.

Offensively, Chile showed plenty away against both Romania and Serbia recently. After breaching both of those two, the visitors ought to fancy themselves to find the net against a Polish side that has been very open of late; however, keeping a clean sheet may prove to be beyond the away side, especially if they defend as they did in either of their two recent matches.

Romania made light work of scoring three goals against Chile last week, while Serbia were awarded numerous chances to find the net on Monday night. A clean sheet against the Serbians shouldn’t cover up the fact that Reinaldo Rueda’s men were poor defensively. Chile have now kept a clean sheet in just two of their eight matches since losing in the final of last summer’s Confederations Cup.

Given the apparent defensive frailties of both, and considering the recent performances of each side, ‘Both Team to Score’ appeals at the prices.

There is no head-to-head record for this fixture; this will be the first ever footballing meeting between the two nations. 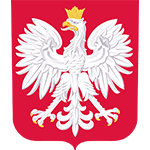 There were no notable omissions from Poland’s World Cup squad. With this being their first warm up game, key players such as Robert Lewandowski, Jakub Błaszczykowski and Piotr Zieliński are all expected to feature prominently. 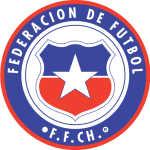 Chile were without both Alexis Sanchez and Arturo Vidal against both Romania and Chile. Both players will miss out here too. Aside from that, a few changes could be made with Martin Rodriguez and Angelo Henriquez likely to come in.