Everything seemed to be going swimmingly for Huesca prior to last weekend; they were on course to secure the title and thus go up as champions. However, a home loss against Gimnastic, whereby Rubi’s men seemed to throw the game in the second half, means that they’re now behind Vallecano. They can now only secure the title if their rivals slip up on this final weekend. They’re of course promoted, but it does seem strange that they would spurn the chance to go for the title.

Unlike the hosts, Oviedo are still doing everything they possibly can to get into the play-offs, though it appears that they’re fighting a losing battle. Juan Antonio Anquela’s men are still in with a shout, though they’re very much the outsider of the five teams competing for the last two places. Carbayones did indeed lose last time out, but it wasn’t for the want of trying, while they’ve acquitted themselves well on home soil of late.

Having seen Huesca fail to really go for it against Gimnastic last weekend, Oviedo should be feeling confident ahead of this match. The hosts have done well at Estadio Carlos Tartiere in recent times, though they’ve not always been the most defensively astute, especially against the stronger teams. What’s more, with them likely to attack, an open encounter could easily unfold and thus is could be anyone’s game.

Scoring goals has come easy to Oviedo on their own patch this season. They’ve scored a more than respectable 33 in 20 matches on their own patch, while they’ve only failed to find the net in three of those. In addition, from a forward point of view, the hosts have fared well against the better teams on home soil, as they’ve scored in all seven of their home matches against teams currently residing in the top eight. However, they’ve not exactly been too sharp at the back in such matches, conceding at least once in five of those seven.

Even on the road this season, Huesca have been one of the best attacking teams, so it’s easy to see the visitors getting at Oviedo here, especially if the hosts do get forward as expected. The visitors come into this fixture having scored the second most goals in the division on their travels, while they’ve scored no less than ten goals in their last three matches on the road.

At the end of the day, this is game that Oviedo must chase from the word go. They need to win and win big in order to stand any chance of finishing inside the top six, so they’re expected to go for it. Given their attacking performances at home this season, it’s easy to see Anquela’s men scoring goals, though, what with the visitors being no slouches in front of goal either, they may struggle to make headway without being caught out.

Taking everything into consideration, including the performances on both and the circumstances surrounding this match, it’s not at all hard to conclude that ‘Both Teams to Score’ is the best approach ahead of this one.

Oviedo have struggled to beat Huesca in recent times. Each of the last two renewals have ended all-square, while Huesca won two on the spin prior to that. Interestingly, Oviedo have never beaten Huesca at home.

Saul Berjon is out suspended for the hosts, while Carlos Hernandez is also serving a ban at present. Aside from that, Oviedo should be at full strength. 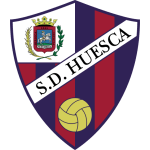 The visitors will be without Ander Bardaji, who has been out for the majority of the campaign, while both Carlos Akapo and Alex Remiro are suspended.