The champions of Norway have found themselves seven points short of top spot, as they struggle to keep pace with early leaders Brann. As we approach the half-way point of the season, the Norwegian giants will be chasing another title, so their form will have to improve. Are they set for another poor result on Sunday, or does this clash with Valerenga represent an opportunity to get their title push back on track?

Rosenborg lost in their last game, as they went down 2-1 away in Tromso, their biggest trip of the season. They’re in more familiar surroundings this weekend, as they host a Valerenga side who are just two points shy of the champions. The visitors will be hoping that they can close that gap with a surprise victory, although they’ve won just one of their last six clashes with Rosenborg. Will that poor record continue this weekend?

The hosts are heavy favourites to claim a victory on Sunday, and they’ve been impressive when it comes to hosting sides outside of the top six. Valerenga are a side who could struggle here, after they lost 10 of their 15 away matches last season. They’ve also had recent troubles at Tromso, after shipping three goals in their visit there in the cup last week. We can see more problems for them in this tough trip, and they could be on the wrong end of a heavy loss.

While there’s not a lot between them in the table, Rosenborg haven’t been claiming narrow wins at home this season. They’ve kept a clean sheet in all of their home victories, which have all come by a two goal margin or greater. They’ve kept a clean sheet in close to half of their league games overall, while they’ve averaged 2.17 goals per game at home. We expect the champions to continue that form on Sunday, especially given that they’ve tended to do well when these two sides meet in Trondheim.

They have 19 wins in 25 clashes between the two here, while the last six encounters at this ground have seen Rosenborg claim five victories and 14 goals. With the visitors losing by three goals in all of their league defeats this season, we expect a heavy win for the champions this weekend. Rosenborg to win with a -1 Asian Handicap is our tip, as we see them winning by a two goal margin or greater. On top of that, with this bet we get a refund should the champions win by a single goal for the first time at home this season.

Rosenborg claimed a thumping 3-0 win in the previous meeting between these two sides, which came late in the 2017 campaign. 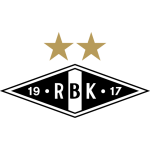 Marius Lundemo has returned to training for the hosts, who are close to full strength for Sunday’s clash. 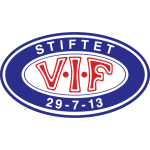 Fitim Azemi is set to miss the next couple of weeks for Valerenga.