Having rightly finished inside the top six, Rotherham had a tough test against Scunthorpe in the semi-finals of the play-offs, though their offensive strength brought them through in the end. Apart from Blackburn and Wigan, both of whom proved to be a bit too good for third division football, Rotherham were the best attacking team in League One during the regular season. Paul Warne will be hoping that the Millers’ attacking style pays off against a Shrewsbury side that has been built on defensive solidity.

Unlike the hosts, who’ve adopted a flamboyant, forward-thinking approach this season, Shrewsbury have been all about hard-work and solidity. They too have had their moments going forward, while they do have some very capable attacking players, but it’s fair to say that Paul Hurst’s men have been successful mainly down to the fact that they’re so hard to beat. Having edged past Charlton in typically workmanlike fashion, the Shrews will be looking to frustrate their opponents at Wembley on Sunday afternoon.

It’s often tough to predict how a match is going to unfold, though with the contrasting style of these two teams, it’s easy to forecast how this one will turn out. Rotherham will predictably come forward, while the Shrews will look to remain rigid and hit on the break, much as they did against Charlton in the semi-final.

As they showed on several occasions during the regular season, as well as in the semis against Scunthorpe, Rotherham have both the creativity and firepower to hurt teams, but so did Charlton. Shrewsbury were easily good enough to withstand the pressure before edging it against the Addicks and they’ll be eyeing up a repeat performance at Wembley. After all, if the semi-finals are anything to go by, Hurst’s men are far better equipped defensively for a match of this nature.

Charlton needed an early goal to draw Shrewsbury out in the semis and they failed to get it. If Rotherham fail to breach the Shrews early on, then they’ll struggle. Not only are Shrewsbury tough to beat, but they’re a threat on the break. If they can grab a goal on the counter, then they’ll hold onto it for dear life, as they did both home and away against Lee Bowyer’s Charlton to earn their place at Wembley.

Whether they come out on top or not, the tactics of Hurst’s men should ensure that this is a cagey and ultimately low-scoring affair, as many of their matches this season have been. Unsurprisingly 67% of Shrewsbury’s League One game have seen less than three goals go in this season. Keeping this in mind, it’s easy to feel that a low-scoring game could present itself at Wembley on Sunday.

In all honesty, for one reason or another, a case could be made for both teams ahead of this huge final. However, at the prices, the Shrews make far more appeal.

Paul Hurst’s men have been a thorn in the side of teams all season long, especially those who like to get forward, so it’s tough to see why they’re not more fancied in the winning. Admittedly, the Shrews offer less going forward, but that won’t bother them. After they kept Charlton at bay before striking on the break, the team who finished third during the regular season will certainly fancy their chances to snatch this one.

Neither Rotherham nor Shrewsbury have dominated this fixture in recent times. Each side has won two of the last five renewals. When they last met, Rotherham came out on top by a goal to nil, though the reverse fixture saw Shrewsbury win 2-1. 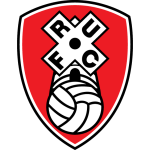 Rotherham will continue to be without Darren Potter and Jamie Proctor, who’ve both been out for a long time. Jon Taylor picked up a small knock against Scunthorpe and is thus a slight doubt. Aside from that, Paul Warne has a fully fit squad to choose from. 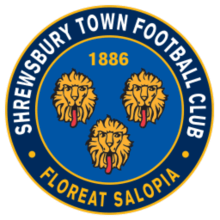 Like the hosts, Shrewsbury will be without both Junior Brown and Abu Ogogo, though they have no fresh concerns. Paul Hurst will continue to select his strongest side.