Sunday’s Brazilian Serie A action features a crucial clash for Santos’ boss Jair Ventura, who is likely to lose his job should his men fail to beat Vitoria.

Coming into the season, amidst a worsening financial situation, little was expected of Santos but few could have envisaged the side’s start being so miserable. Although they have a game in hand on all but Vasco, Peixe find themselves in the drop zone with just 6 points from 7 matches and a poor performance in a midweek loss away to Atletico PR has tension boiling over in the stands.

Nonetheless, most of Santos’ issues are coming on the road, where they have now lost 6 games in a row and a return to home soil should at least restore a degree of confidence. Despite losing 1-0 to Cruzeiro last time out on their own patch, the hosts have won 4 of their last 6 home matches, including league wins over newly promoted duo Ceara and Parana and with one of the league’s weaker teams in town once again, those that take to the pitch will be desperate to claim victory..

After scrapping relegation throughout last season, it looks like being another long year for Vitoria. Leão da Barra possess some strong attacking players but concede far too many goals, regularly coming off second best in high scoring affairs, the latest of which a 3-2 home defeat to Internacional on home soil in midweek.

All 8 of Vagner Mancini’s troops Serie A outings have seen goals at both ends thus far and the chaotic style of football deployed by the visitors has seen them concede a league high 15 goals. Coming into the clash off the back of defeat and having lost 6 of their last 8 away games, it’s fairly apparent confidence isn’t flowing in visiting ranks.

Ultimately Jair Ventura has the fixture list to thank because this match against Vitoria has come at just the right time. In desperate need of a win, Santos couldn’t have asked for a more favourable opponent and thus we’re more than happy to back the hosts to win with full confidence.

Santos will not pull up many trees this season but this is a match they simply have to be winning. Most of their issues are coming on the road and having already dispatched of two weaker sides at home, there’s no reason to suggest they will not beat a porous Vitoria side. All things considered, a 2-1 home victory looks to be on the cards. Vitoria have the ability to get on the scoresheet but will almost certainly be let down by their weak defending once again. 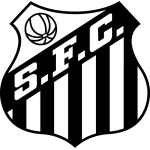 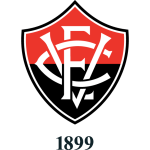 Full back Jefferson is the only absentee in visiting ranks.