Wednesday’s Brazilian Serie A clash looks an interesting one as Sao Paulo play host to Internacional. The home side will be looking to bounce back from their first defeat of the season by picking up the three points in this one.

The fact said defeat came away at arch rivals Palmeiras made it all the more painful for Diego Aguirre’s men, but spirits are still high in the camp after a strong start to the season. Tricolor still sit in a healthy 4th place, after taking an impressive 16 points from 9 matches.

A return to the Morumbi will also see confidence rise in home ranks, with Sao Paulo currently 11 matches unbeaten in front of the home crowd, 8 of which coming from wins. In Serie A action, Sao Paulo have won 3 of their 4 home games thus far, with Parana, Botafogo and Santos the early victims of a hostile crowd.

Nonetheless, in far from poor shape themselves, Internacional arrive looking to claim a result. Coming into the campaign as a newly promoted side, not a great deal was expected of Colorado, but they have thus far performed well, standing just 1 place below Sao Paulo themselves with a point less.

However, although Odair Hellmann’s troops secured victory last time out on the road, against a porous Vitoria side, they are far from strong travellers, something clearly evidenced by the fact they’ve lost 4 of their last 6 away games and failed to score in 5 of those matches. The visitors also faltered on home soil at the weekend, disappointingly drawing 0-0 with Sport Recife, so they don’t arrive with huge momentum behind them.

Ultimately, Sao Paulo look a good pick to win the match at current prices. Both sides are in healthy positions but Sao Paulo are very strong on their own patch whereas Internacional are anything but on the road.

2 of Sao Paulo’s last 3 home matches, all of which have been won, have seen Tricolor run out 1-0 winners and that’s a scoreline that looks well worth backing in addition to our main tip. Internacional rarely carry much of a threat on their travels and Sao Paulo should have enough about them to edge the contest.

Internacional won this fixture in the 2016 season as well as drawing 1-1 on home soil with Sao Paulo. Nonetheless, Sao Paulo have lost just 1 of the last 7 meetings between the two, winning 3 times in the process.

Attacking midfielder Valdivia misses out as he;s on loan from Internacional. Bruno Alves and Nene are suspended whilst Christian Cueva is on international duty. Defensive midfielder Hudson is carrying a knock and is unlikely to play whilst Rodrigo Caio remains sidelined. 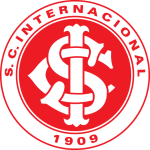