This game will act as a bit of a send-off for South Korea as they play their final game on home soil before jetting off to Europe for the World Cup. It’ll be a genuine test for them against a useful Bosnia side that made it to the 2014 tournament in Brazil but won’t be heading to Russia.

They missed out on a trip to the Finals as a result of finishing 3rd in their Qualifying group behind Belgium and Greece. However they still showed plenty of examples of the attacking quality they possess in that campaign. The Balkans side averaged 2.4 goals per game during the group phase, more than many sides that didn’t make it through but a 4-3 home defeat to the Belgians ultimately ensured their fate.

The Bosnians do though have enough quality to really test this Korean outfit. The visitors will have a bit of a point to prove in what will be their final game before the UEFA Nations League kicks off in the Autumn. With players like Miralem Pjanić and Edin Džeko making the trip out to the Far East, they ought to have enough to get themselves at least one goal in this match.

For South Korea, memories of the 2002 World Cup and a remarkable run to the Semi-Finals are becoming increasingly distant. While they’ve qualified for every tournament since, they’ve never really looked much like they would repeat that feat despite having plenty more players plying their trade in top European leagues now.

They didn’t exactly qualify in style either this time around. Only a nervy draw in Uzbekistan in their final game saw them through and they didn’t win any of their five away games during the main group stage, which hardly bodes well for their chances this summer.

The Koreans come into this match following a friendly win over Honduras but they don’t have happy recent memories of facing European opposition. They played two European sides in the March international break and lost to both Northern Ireland and Poland. Overall they look a little bit short for the win here particularly given Bosnia you sense will be quite motivated to end their season on a high and they won’t be focusing on avoiding injuries, which could be an issue in the home camp.

Overall backing Bosnia-Herzegovina Double Chance appeals. Going for Edin Dzeko to score anytime could also be a decent punt. He has netted 52 goals in 92 international caps, an excellent return by anyone’s standards.

Swansea’s Ki Sung-yueng should skipper the side in what will be his 100th cap. 20 year old Verona midfielder Lee Seung-woo could get a chance as he makes a late bid for a World Cup place. 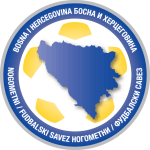 Bosnia have taken a strong squad out to the Far East and it includes key men like Miralem Pjanic. Veteran forward Vedad Ibišević has now retired.