South Korea came into this World Cup hoping to recreate the stunning performance they put in on home soil back in 2002. They made it all the way to the semi finals that year against all the odds, but this year they won’t be going any further than the group stages.

They lost 1-0 to Sweden in their opening game in a match that was more entertaining for it’s antics off the pitch rather than on it. South Korea manager Shin Tae-yong accused Sweden of spying on their training sessions and decided to tell his players to swap shirts in order to confuse the spy. It didn’t have the desired effect though.

South Korea offered next to nothing going forward in that game and deservedly lost 1-0, and whilst the move of Son Heung-min to a striker position did improve their attacking play against Mexico it again wasn’t enough. Mexico won 2-1, dumping South Korea out of the World Cup but giving them fond memories of a stunning strike by Son to look back on.

That being said, the biggest disappointment of Group F has been the underwhelming showings put in by Germany. They shockingly lost their opener against a Mexico side who proved devastating on the counter attack, and their performance against Sweden wasn’t much better.

They went behind in the first half, but the Swedes sat back in the second half and this proved to be their downfall. Marco Reus levelled the scores, and despite Jerome Boateng getting sent off they continued to push players forward against a Sweden side who seemed disinterested in challenging their back line. A fantastic strike from Toni Kroos granted Germany a last ditch winner.

Qualification isn’t wrapped up for Germany yet though. They sit 2nd in the group on head to head record, three points adrift of group leaders Mexico. A win for Germany here would guarantee them qualification, but anything else would leave them open to being leapfrogged by Sweden.

South Korea might not offer much going forward, but they are organised at the back. This could frustrate Germany, and considering they haven’t been ahead at half-time in either of their matches so far we think there’s a good chance of it being level at the break. Germany should be able to take the points though, so we’re backing a Draw/Germany Half-Time/Full-Time result.

The 2014 World Cup champions haven’t been up to par going forward this year, scoring just two goals in two games. All four of these teams’ combined fixtures have seen fewer than four goals scored, so we’re also backing a Germany Win and Under 3.5 Goals along with a 2-0 correct score predictions.

Marco Reus came into the starting lineup to replace Mesut Ozil against Sweden and offered much more than the Arsenal playmaker. He had a few chances thrown his way and managed to score one of them, and we think he’s a good price to score again here.

Germany have won two of their three matches against South Korea, with both of those victories coming in the World Cup. This includes a 3-2 win in the last group stage match of the 2002 World Cup in South Korea.

Two of the three matches between South Korea and Germany have been at World Cup finals, with the Germans winning both contests (1994, 2002).

The most recent World Cup meeting between South Korea and Germany was at the Koreans’ home World Cup in 2002, with the hosts losing 1-0 in the semi-finals.

South Korea’s only victory against Germany came in a friendly match in 2004 (3-1).

Germany have won all five of their World Cup games against Asian opponents, scoring 19 goals in total and keeping clean sheets in each of their last three.

South Korea have lost their last four World Cup matches in a row, their joint-worst run – they also lost four in a row between 1986 and 1990.

Germany’s victory over Sweden was their first at the World Cup when conceding first since 1998, a 2-1 win over Mexico.

South Korea have conceded a penalty goal in each of their last two World Cup matches – they had conceded just one goal via a penalty in their previous 29 World Cup games combined.

Toni Kroos’ goal against Sweden was the latest goal scored by Germany in normal time at the World Cup (94:42) – Kroos has been involved in five goals in his last five World Cup games (3 goals, 2 assists).

Left back Park Joo-Ho is still a doubt for South Korea, meaning that South Korea are likely to choose the same starting lineup as they did against Mexico. 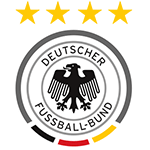 Jerome Boateng will serve his suspension after getting sent off against Sweden, with Nicklas Sule and Antonio Rudiger competing to replace him. Mats Hummels is still carrying a neck problem but should be fit enough to start here, but Sebastian Rudy is a doubt after breaking his nose in the Sweden game.