South Korea face the first of four pre-World Cup friendlies on Monday, as they host Honduras. The visitors missed out on the World Cup following a play-off defeat to Australia, so they’ll be aiming for better against Asian opposition this time around. Can they secure a win against a South Korea side who have taken a bit of a dip since securing their place in Russia, or will the hosts return to winning ways ahead of their tournament opener with Sweden on the 18th of June?

The hosts find themselves in a World Cup group with Germany and Mexico, alongside the Swedes. There’s certainly a chance for the South Koreans to make it through the group, but they’ll want to make a strong start ahead of their opening game. However, things haven’t quite been going their way of late. They wrapped up their place in Russia back in September, with a couple of 0-0 draws against Iran and Uzbekistan. Those impressive defensive displays have given way to a lax approach in friendlies of late.

They lost 4-2 and 3-1 against Russia and Morocco in October. They turned things around with a 2-1 win over Colombia and a 1-1 draw with Serbia in November. Although, those two results still saw defensive errors. Following their World Cup draw and with a big task at hand, they arranged two friendlies in Europe back in March, losing 2-1 to a second string Northern Ireland side, and then 3-2 against Poland. There’s some worrying form there for the South Koreans, who will need to up their game to avoid an early exit this summer.

Meanwhile, Honduras will be kicking themselves for missing out on the World Cup. They haven’t featured since losing 3-1 at Australia in November, and now they’re returning to action against a qualifier for Russia. They’ll be buoyed by the fact that they’re visiting a South Korea side who conceded 10 goals in 10 matches in their final qualifying group. Having followed that up with a six game wait for a clean sheet in friendlies, there’s a chance for the Honduras attack.

The visitors have scored in five of their last six internationals, including three straight away trips. While South Korea should have enough going forward to score in this clash, we see their defensive concerns becoming a problem yet again. They’ve scored in 13 straight home friendlies, winning seven of their last 10. They should do enough to get a positive result, but don’t expect their defence to hold out. Both teams to score is our tip, alongside a 2-1 victory.

The only recent meeting between these sides was a heavy 4-0 victory for the South Koreans.

South Korea have finalised their squad for the World Cup, with Kwon Chang-hoon and Lee Keun-ho missing out through injury. 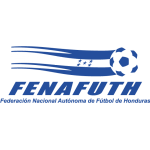 The visitors’ squad is mostly based in the Americas, with Girona forward Anthony Lozano their only player the top flight of a major European nation.