Granada did come out on top against Reus Deportivo last time out, but it’s now a case of too little, too late, as they’re five points shy of the top six. José Luis Oltra’s men kissed goodbye their chance of making the play-offs when they lost three on the bounce prior to last weekend’s win. Even if they win here, Sunday’s visitors will likely go into the final match-day too far back to even think about stealing a place in the coveted top six.

Unlike their visitors, Gijon have booked their place in the top six, or rather, as they’re six points ahead of the team in seventh place, they’re 99% guaranteed to be competing in the play-offs. In terms of recent form, Rubén Baraja’s side need to regain the winning thread and start building momentum ahead of their attempts to return to the promise land of La Liga.

As touched on above, Gijon aren’t exactly finishing the season in fine for, but this is an excellent opportunity for them to regain the winning thread. Against a visiting team who’ve gone completely off the boil, especially on the road, Rojiblancos have gilt-edged opportunity to send themselves into the play-offs with a game to spare.

If there’s a team who’re out of form on the road in the Spanish second division, then it’s Granada, who’ve been nothing short of abysmal away from home this season. For a side who were supposed to be pushing for promotion this season, Sunday’s visitors have simply not been anywhere near good enough on their travels. Having lost 11 times, conceding 29 goals in the process, only five teams have a worse away record than Granada this season.

Not only have Granada experienced trouble in general when plying their trade away from the comforts at home, but they’ve simply not been at the races when going away and facing the top teams. Oltra’s men have failed to win any of their five away games against top-six teams, while they’ve only avoided defeat in one of those.

In addition to the visitors simply offering little in the way of away form, Gijon are a team who’ve been in imperious form on their own patch this season. In fact, Sunday’s hosts are the proud owners of Segunda’s best home record this season. Scoring 37 goals on their own patch, they’ve thrived offensively and have given little away, conceding just 14, a defensive total that can only be bettered by two teams.

If we consider that the hosts have made light work of scoring multiple goals at home, notching at least twice in nine of their last ten at El Molinón, in conjunction with the fact that Granada have been breached more than once in seven of their last ten on the road, then it’s easy to fancy the Gijon to score goals in this fixture.

All in all, with this being the perfect opportunity for the home side to fire themselves into the play-offs courtesy of a big win, the bet that stands out is ‘Gijon to Score Over 1.5 Goals’.

Having won just one of the last five renewals of this fixture, Gijon don’t exactly have the most flattering recent record against Granada. Earlier in the season, Granada, who’ve won two of the last four meetings, won by two goals to one.

Juan Quintero is expected to remain out for the hosts, though they have no fresh concerns. Rubén Baraja will otherwise be able to pick from a full fit squad. 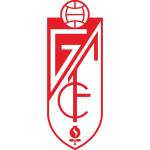 Fortunately, the visitors are without personnel problems at present. Barring any training injuries prior to this fixture, they ought to be at full strength.