The free-scoring Stjarnan continued moving on up last time out by going away to Akureyi and winning by to goals to nil. Tuesday’s hosts have now won each of their last four fixtures, while they’re unbeaten in eight, five of which they’ve won. Defensively, with just three clean sheets during that time, Rúnar Páll Sigmundsson’s men haven’t been the hardest to breach, but they have been extremely hard to keep out. Given the visitors’ current predicament, it is attacking strength that makes the hosts hard to ignore ahead of this match.

Unlike their hosts, Vestmannaeyjar have been struggling a tad of late, they’ve won just one of their last four and will arrive at Samsung völlurinn having lost each of their last two. From a defensive point of view, the visitors maybe haven’t been as bad as you’d expect a team one place from rock-bottom to be, though they have been poor in that respect on the road, while they’ve also struggled offensively. A match away against the most in-form team in the division right now isn’t exactly what the doctor ordered.

Scoring goals (and lots of them at that) has been part and parcel of the game for Stjarnan this season, especially on their own patch, so it bodes well for the hosts that they face a visiting team who’ve conceded plenty on their travels. Not only are the hosts the top scorers in the division this season, but they’ve also scored more goals than any other team on their own patch, notching an impressive total of 17 goals in just six matches. Having hit Fjonir – a team who’ve arguably done better than Vestmannaeyjar – for six last time out, Sigmundsson’s men will surely be feeling ultra-confident ahead of this contest.

Only once during the current campaign have Stjarnan failed to score at least twice at home, while they’ve scored three or more in three of their six matches at Samsung völlurinn.

While the hosts have been scoring tons of goals on home soil this season, Tuesday’s visitors have been shipping goals left, right and centre on their travels. Only one team in the Icelandic top division have conceded more away goals than Vestmannaeyjar , who’ve now conceded 11 goals in just five travelling matches. After conceding multiple goals in away games against teams who’re nowhere near as potent as Stjarnan, it’s difficult to envisage the visitors competing defensively on this occasion.

From an offensive point of view, the visitors, who’ve scored in four of their last five away games, are capable, and they may be able to hurt a home team who’ve not always kept things tight, but the fact remains that they’re poor at the back. Unsurprisingly, given the fact that they can score a few goals, coupled with real defensive frailties, ‘Over 2.5 Goals’ has landed in 80% of their away matches this season.

All in all, with the hosts looking by far the better attacking team, it is Stjarnan who’re backed to outscore their opponents. At the prices, ‘Stjarnan to Win & Over 2.5 Goals’ is the selection. 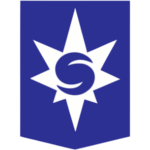 Having picked up no fresh injuries last time out, the hosts are expected to continue fielding their strongest side.

The visitors, who came through their last match unscathed in terms of injuries, are also expected to be a full strength on Tuesday evening.