It’s been a pleasing campaign for the team from the Canary Islands. They’ve not exactly set the world alight, but they’ve been more than useful and have long since secured their safety. Over the last few weeks, with their shoulders barring no weight, Joseba Etxeberria’s men have acquitted themselves well. The hosts come into this fixture having avoided defeat in each of their last four matches, though they’ve only won one of those.

In stark contrast, Albacete can do anything but relax. The visitors are currently outside of the drop-zone, but they’re not safe yet. As they hover just a point above danger, José Manuel Aira’s men cannot afford to lose this match. A loss could potentially be enough, though if they were to lose or draw and Almeria to win, then they’ve be waving goodbye to the second division.

The visitors, who are in desperate need of points, have been having a bit of a go of late, though it hasn’t done them too many favours. Queso Mecánico are now without a win since March, which means that they’ve gone ten matches without tasting victory. They may have kept a clean sheet against a relegated Barcelona B side last time out, but the away side have been struggling massively to keep teams out of late, conceding in eight of their last ten.

Not only have Albacete fared poorly on the road against teams in the top half, but Tenerife have made reasonably light work of doing well against teams from Albacete’s bracket. Saturday’s hosts have won five of their seven matches against the current bottom eight, while they’ve lost just one of those seven, scoring 14 and conceding just four goals in the process.

In addition to their pleasing record against the lower teams, Tenerife have been very tough to face on their own patch of late. Title chasers Huesca managed to win at Estadio Heliodoro Rodríguez López recently, though they are the only team to defeat Tenerife on their own patch since January. The hosts have won six of their last eight on home soil, while they’ve certainly not been short of goals, scoring a pleasing 17 goals during this time.

All in all, whether Albacete have more motivation or not, Tenerife are simply too good on their own patch to merit such a big price. Against an open-looking Albacete side, the hosts should be able to do the business and send their fans home happy for one last time this season. 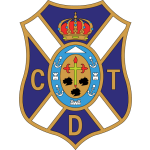 Aitor Sanz is out for the hosts, while both Samuele Longo and Tyronne could also miss out. Victor Casadesus is suspended. 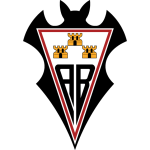